Researchers say they have developed a device that prevents vehicles including HGVs from aquaplaning during adverse road conditions. 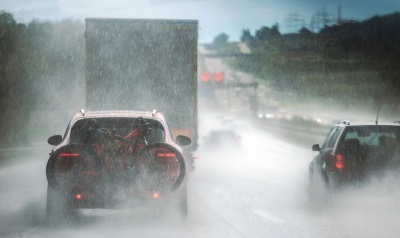 The Run Dry Traction System (RDTS) prevents water and other contaminants from reaching a vehicle’s tyres by firing a jet of compressed gas close to the front of the wheel.

The effect is to remove water in front of the tyre and establish that the vehicle has a dry patch of road ahead.

The scientists at Coventry University said this process effectively ensures grip is not compromised.
Mike Blundell, professor of vehicle mechanics and impact, said: “Our tests demonstrate that RDTS has the potential to make a huge impact on vehicle safety in a whole host of conditions. 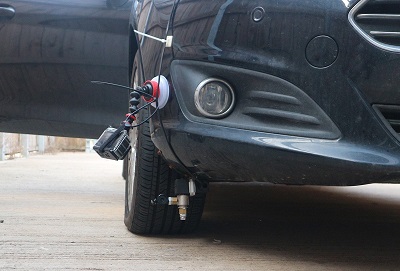 “The prospect of producing something that could even save lives on the road is extremely exciting and after some initial success with testing, we’re now eager to look into manufacturing potential and further research to take this concept to the next level.

“A device like this really could be the difference between life and death if it can help vehicles to stop safely within certain distances and that’s why we’re so keen to continue developing this concept,” he added.

The university said RDTS had been designed to be fitted to a range of vehicles, including trucks, buses, cars and motorcycles and with further development could even be used to improve aircraft ground operations and rail transport safety.