The British and Korean automotive sectors are to benefit from closer ties as the Society of Motor Manufacturers and Traders (SMMT) today signed a Memorandum of Understanding with its Korean counterpart, the Korea Automobile Manufacturers Association (KAMA). The agreement was announced on the UK Pavilion at the Frankfurt Motor Show 2019 by SMMT Chief Executive, Mike Hawes; KAMA President and CEO, Marn-ki Jeong; and Her Majesty’s Trade Commissioner for Europe, Andrew Mitchell CMG.

Supported by the Department for International Trade (DIT), the new commitment will help foster greater collaboration between Britain and Korea in developing connected and autonomous vehicles (CAVs) and low and zero emission technology. It will also help cooperation between the two sectors in terms of trade and investment, given the existing strong relationship. 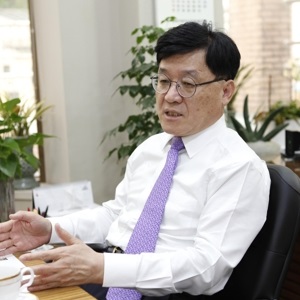 Korea is one of the largest new car markets in Asia, with more than 1.5 million new cars registered last year, and a key export location for UK-made premium, luxury and sport cars, currently ranking 13th out of some 160 overseas destinations. The UK is the second largest new car market in Europe and British buyers are particularly keen on Korean marques. It is, in fact, the largest EU market for Korean car brands ahead of Germany, with more than 100,000 models registered on British roads in the first half of 2019 alone.

In Korea, Britain and around the world, new cars are increasingly featuring connected and autonomous features. In the UK seven in ten new cars are already available with driver assistance systems, and the potential impact of CAVs to society is significant, with a boost to economic growth and reduction in serious accidents. The opportunities for collaboration between Britain and Korea in the development and deployment of CAVs are sizable due to complimentary factors in both nations.

The UK is already regarded as one of the best locations to deploy and test CAVs on real roads, with supportive regulations and the world’s first insurance framework for automated vehicles. To date, the UK government and automotive industry have jointly invested more than £500 million in CAV R&D and testbeds – with four major CAV testbeds in existence. The UK also boasts world-class research universities with advanced capabilities in engineering, software, data science and artificial intelligence and, in the West Midlands, the UK’s first Future Mobility Area which will test and demonstrate new modes of transport, services and technologies.

Korea, meanwhile, is one of the world’s leading automotive manufacturing nations and a huge investor in CAV R&D. A new DIT report published last week illustrates the significant opportunities for British companies involved in CAV development in Korea where its globally competitive automotive sector offers a strong foundation for developing CAVs. The Korean CAV market is maturing with current estimates putting the market at somewhere between £70-100 million, with the potential to be worth £2.5 billion by 2025.

Mike Hawes, SMMT Chief Executive, said, “This agreement shows how the UK automotive sector is outward looking and, despite multiple headwinds, keen to work worldwide to help secure future success. The automotive industry is going through a period of unprecedented change with the shift to electrification, digitalisation of manufacturing and the development of connected and autonomous vehicles all happening simultaneously. Success in this intense environment requires ever-closer collaboration, so this MOU offers tremendous opportunities which will help both countries’ automotive sectors flourish.”

Marn-ki Jeong, KAMA President and Chief Executive, said, “This is a memorable moment for the Korean automobile industry to build up the sound development of Korea-UK cooperation in the sectors including Connected and Autonomous Vehicles (CAV), Alternatively Fuelled Vehicles (AFV) and some other issues which we are commonly interested in. I believe the agreement will open a new era for active cooperation between the two organisations, which could make us more efficiently engaged in any issues to be tackled by the auto industries domestically and internationally. This is the right time for both of us to share the ideas and wisdom we have accumulated to ensure a bright future for the Korean and UK automotive industries.”