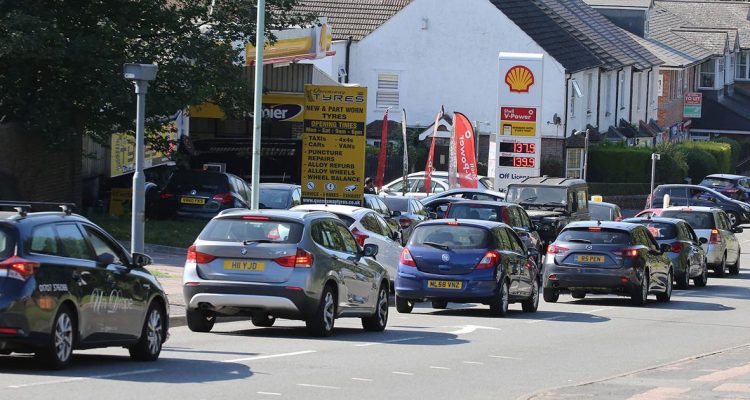 Hauliers hit back at Europa chief’s attack on RHA

Hauliers are accusing Europa Worldwide chief executive Andrew Baxter of launching a politically motivated attack on the RHA following his open letter criticising the association’s handling of Brexit and the fuel crisis and his call for RHA chief executive Richard Burnett to resign.

The transport boss, a Tory donor who hosted prime minister Boris Johnson at Europa’s headquarters during his Brexit campaign and liveried Europa trucks with pro-Brexit slogans, called for Burnett to resign and said he had terminated his membership of RHA in protest at its performance on Brexit and the fuel crisis. 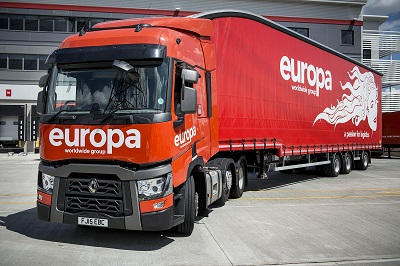 Moreton Cullimore, MD of Cullimore Group and chairman of the RHA, said he did not think it was a coincidence the open letter came just weeks after government sources had accused the RHA of creating the petrol pump crisis by leaking information from a government meeting – a claim vehemently denied by the RHA.

He said: “The timing of this letter feels like it has a political motivation. I don’t know Andrew Baxter but if RHA is to be held responsible for the fuel crisis then why not the toilet roll crisis and the fizzy water shortage as well? Did we call for Richard Burnett’s resignation then? No, because these problems all relate to the driver shortage.”

Turning to Baxter’s criticism that RHA demanded information during the Brexit negotiations that the government could not answer at that stage, he added: “It is important that RHA asks government these questions so it can best inform its members and it is important RHA calls into question decisions made by the government. I don’t know if Andrew Baxter is familiar with social media but if he is he will have seen that RHA is very vocal in calling into question its decisions. That is its role.”

Asked about Baxter’s accusations that RHA leaked confidential government information which triggered the fuel crisis last month, a claim also made by “senior government sources” in The Daily Mail, Cullimore said: “To hold RHA responsible in this way is worrying. The person accused did not attend the meeting in question. It is very odd as we have not been shown any evidence by the government and, despite being accused of leaking confidential information, RHA is still being invited to attend confidential meetings by the government.”

He added: “It would have been helpful if [transport secretary] Grant Shapp’s office had spoken to RHA directly rather than going to the press. Is it politically motivated? It feels like it is.”

RHA member Roy Bowles Transport also dismissed the letter’s claims as unfounded. MD Peter Bowles said: “Richard Burnett and RHA have done an excellent and first class job over the past few very challenging years. We have never had to face Brexit before, nor a pandemic, and they have done a fantastic job and the support given to the ndustry by RHA, Richard Burnett and his team has been phenomenal. The way RHA has raised the image of the industry has been excellent.

“Richard has revolutionised the RHA and I hope he continues as chief executive for many years to come.”

One RHA member and head of a major transport firm, who asked to remain anonymous, reacted angrily to Baxter’s claims. He said: “The letter is hogwash. These claims of RHA leaking confidential information are pure fantasy.”

Pointing to Baxter’s close relationship with the Conservative Party, he added: “It is clear where his loyalties lie. The letter is twaddle.”

He praised the RHA’s work in lobbying the government, adding: “I have been to a fair few meetings with government on behalf of the RHA and I know how difficult it is to make a difference.”

He also condemned the government’s lack of action on the driver shortage over the years, despite the RHA lobbying for action, saying: “Why has the government not issued 25,000 visas for European drivers and why have they made it so difficult to apply for the 5,000 they have issued? Why doesn’t the government underwrite the additional insurance premiums for young drivers or take measures to allow those with expired [Driver] CPCs to come back into the industry?”

He said Baxter failed to understand how the RHA works as a lobbying group. “We need an outspoken association that tells the government how it is, the truth and reality of the situation and, once they accept that is this situation, then we can work with them.”