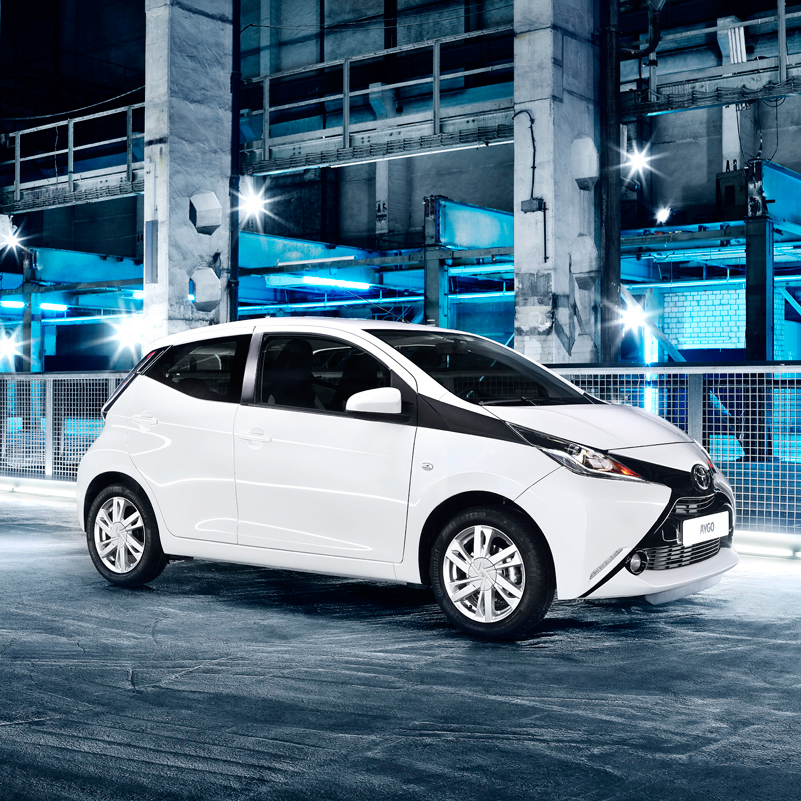 The forthcoming offering is being built at the TPCA factory in Kolin, Czech Republic, and will hit UK roads in several weeks’ time.

Toyota’s first Aygo was built at the joint-venture plant, which was established in 2005 and is also producing the Peugeot 108 and Citroen C1.

For the new models, the plant has benefited from £175million of investment and has created 700 new jobs.

It currently produces around 300 vehicles a day, at a line speed of one every 55seconds; this will be upped to more than 700 early next week, and upped again to 1,000 in early June.

Toyota are aiming for annual sales of more than 80,000 Aygos in 2015, to take an estimated 6% of the European city car market.

Kent Koide, President of TPCA, said: “A new phase in the life of TPCA starts today.

“I believe it will be as successful as the last, during which we produced almost 2.4million high quality compact city cars.

“We expect that our traditional markets in both western and eastern Europe will be particularly interested in the new models.”

The new Aygo offers an extensive range of customisation options both the exterior and the cabin.

More than ten vehicle elements can easily be replaced with alternative colours and executions, even after several years of ownership.

It is powered by an improved version of Toyota’s three-cylinder 1.0litre VVT-i petrol engine, offered with a choice of manual or new x-shift automated manual transmissions.

More details about the UK model range, pricing, specifications and on-sale date will be announced soon.