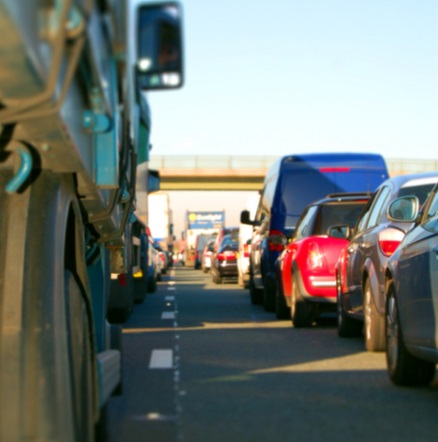 WORSE: Do you feel traffic is worsening?

Traffic congestion in cities across the UK has become significantly WORSE over the past year, a new report claims.

The fourth annual Traffic Index from TomTom shows average journeys in 2013 took 27% longer than they would in free-flowing traffic – up from a 26% delay in 2012.

Congestion levels have also failed to improve in Edinburgh, Manchester, Liverpool, Newcastle and Glasgow, with only Leeds-Bradford and Bristol enjoying traffic jam cuts.

Drivers using rat runs may actually be making their journeys slower, the report suggests, with local roads having twice as much lost travel time (32%) as main roads (15%).

The findings mean that British commuters are now spending ten working days a year stuck in traffic, up from nine days a year ago.

Harold Goddijn, CEO of TomTom, said: “Traffic congestion is nothing new, and continues to be a global challenge.

“The traditional responses to congestion – such as building new roads or widening existing ones – are no longer proving to be effective.

“Real-time traffic information can help drivers find the quickest shortcut on their journey, and assist governments to make smarter decisions to improve traffic flow for their cities.”

Belfast remains the most congested city in the UK, the Traffic Index found, with journey times 36% slower than free-flow traffic throughout the day – peaking at 78% longer in the morning rush hour and 75% in the evening.

Second is London with journey times 34% slower, rising to 63% in the evening peak, with Edinburgh close behind, where travelling during the morning rush hour takes 60% longer than usual.

Sheffield and Leicester have recorded the biggest increases in congestion over the past year.

It is estimated time lost in traffic congestion costs the UK economy £2billion a year and the situation is set to get worse despite a £28billion plan for road improvements.

The government have forecast four million more drivers on UK roads by 2030 and that, by 2040, the volume of traffic will have risen by 40%.