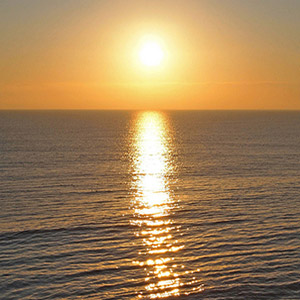 PLEA: Should clocks be forwarded all year round?

Clocks should be forwarded by one hour all year round, Brake have insisted.

In a plea to the government as British Summer Time begins, the road safety charity claim the change would reduce danger to pedestrians and cyclists.

Brake estimate 80 lives every year would be saved by moving the clocks to GMT+1 in winter and GMT+2 in summer, as well as preventing hundreds of serious injuries.

They also insist the NHS would save around £138million in the process, with recreational walking and cycling also encouraged.

“Putting the clocks forward by an extra hour throughout the year is a simple change that would make a huge positive difference to society.”

In 2012, a Daylight Saving Bill – which would have compelled the government to review and act on the evidence for changing the clocks – ran out of time.

However, Brake are repeating the calls to make the change.

Julie Townsend, Deputy Chief Executive at Brake, said: “Putting the clocks forward by an extra hour throughout the year is a simple change that would make a huge positive difference to society, giving us all more daylight to play with.

“With lighter afternoons and evenings, many more people would be able to get out and walk and cycle, to get to school or work, or simply for their health and enjoyment.

“People on foot or bike would be easier for drivers to see, many devastating road casualties would be prevented, and our communities would be more social, enjoyable places.

“As British summertime gets underway, we’re also appealing to drivers to make their own change to protect people on foot and bike, by slowing down to 20mph around homes, schools and shops.”

The Royal Society for the Prevention of Accidents (RoSPA) have also waded into the debate, claiming the UK should change to Single/Double Summer Time.

RoSPA also insist the change should be regardless of the outcome of Scotland’s Independence referendum in autumn.

Tom Mullarkey, Chief Executive of RoSPA, said: “If Scotland votes ‘Yes’ in September, then it’s only right that it should choose its own time zone.

“RoSPA would then urge the Scottish people to change to SDST, because all the evidence shows that Scotland would be the British Isles’ biggest beneficiary.

“If Scotland votes ‘No’, we would encourage all of the Home Nations to develop a unified approach to what’s in the best interests of everybody.

“This is a campaign that has been affected by regional divisions in the past.

“But it needn’t be, because it’s a move that would benefit everyone – Scotland more so.”