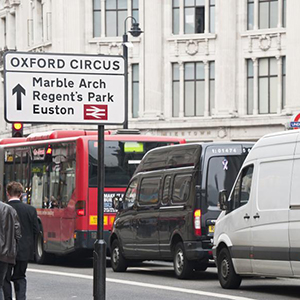 The re-introduction of the London congestion charge exemption for vehicles powered by Autogas LPG and incentives to convert to vehicles to the alternative fuel, could help to save the lives and improve the health of thousands of Londoners. The claim comes from Autogas Limited following new research by King’s College London which revealed that 9,400 die each year in London as a result of long-term exposure to air pollution, more than twice as many people as previously thought.

“These latest figures are incredibly worrying and show that immediate action is required by the Mayor’s office to protect the health and save the lives of those living and travelling into the city,” comments Linda Gomersall, general manager, Autogas. “In the past, incentives were available to those converting to LPG. Motorists travelling into the Capital on Autogas LPG were also rewarded for taking the cleaner option by receiving a 100% discount from the congestion charge. However, since the Mayor’s office removed this discount and the wider conversion incentive was withdrawn, many drivers fail to consider this cleaner alternative, often going back to more heavily polluting diesels. By re-introducing the discount for LPG powered cars and offering conversion incentives once again, many motorists will be encouraged back to the cleaner fuel and we can start making an immediate improvement in London’s air quality.”

The latest news about the Capital’s poor air quality comes just months after the Supreme Court ordered the Government to take swift action to improve air quality across the UK as it continues to breach EU levels. It also follows news that Bromley and Sutton were the only two London boroughs to meet annual mean limits for NO2 in 2013.

Already, 150,000 drivers across the UK benefit from driving on Autogas LPG, which as well as emitting fewer harmful pollutants, also helps users slash their fuel bills by up to 40%. Despite the relatively low levels of take-up in the UK, Autogas LPG is widely used by more than 10 million drivers throughout the rest of Europe.

Earlier this year, Autogas launched its own network of conversion specialists helping to make it easier for businesses and individuals to convert their vehicles to run on the cleaner, cheaper fuel. Those making the switch can refuel at more than 1,400 convenient forecourt locations across the UK.

“Autogas has a vital role to play in helping clean up our environment. Earlier this week the London Assembly announced a number of recommendations to help improve air quality but treating LPG in a similar manner to other low polluting fuel sources with discounts and incentives would help make an immediate improvement,” concludes Gomersall.