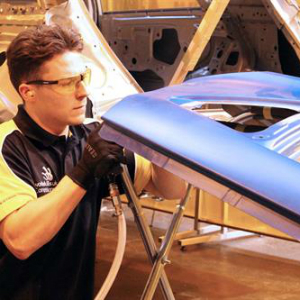 Nationwide are continuing their commitment to bringing through the next generation of skilled people into our industry. Nationwide today announced plans to increase the number of Apprentices on Nationwide Apprentice Programme in 2017.

All throughout National Apprenticeship Week 2017 Nationwide have been celebrating all things Apprenticeships, showcasing what the programme has to offer, sharing the successes of some current apprentices and giving an insight into life as an Apprentice at Nationwide.

Today speaking at the Group’s Annual Conference, People Director, Louise Cope set the challenge to increase the number of apprentices in the group to 250. This in effect would be 2 apprentices for every Nationwide site across the UK.

The news was greeted with great optimism from those in attendance, sharing the positivity and desire to invest in not only young people on Apprenticeships but to skills development of our people of all ages across the group.

Head of HR Operations at Nationwide, Darren Gagan commented on the news: ‘We want to have the best apprentice programme in the industry and to do that we listened to what people were telling us about why a programme will succeed and what would engage them.’

People Director Louise Cope added: ‘As the UK’s largest accident repair group we have a responsibility to the industry to invest in the skills, training and development of people and the young people that will become the future of our industry.  We have been supporters on apprentice schemes throughout our history and are all too aware of the skills shortage and aging workforce that not only affects Nationwide but the wider industry. Nationwide succession strategy will lead to opening doors for the talent of the future to start their journey towards a successful career in our industry and with Nationwide.’

Nationwide will be attending several events throughout the country during 2017 aimed at attracting future talent.  The Nationwide Talent Acquisition Team will next week be at Arena MK at the National Apprenticeship Show 2017 engaging with 100’s of potential apprentices, highlighting the opportunities available to them at Nationwide.