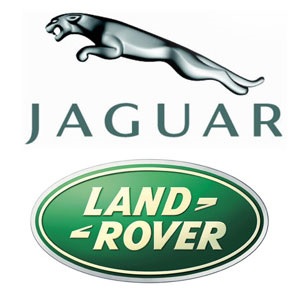 “Jaguar Land Rover is playing a leading role in backing the next generation of highly skilled workers. Their new apprentice intake will learn highly sought after skills whilst benefiting from earning a wage and some will even gain a degree.

Nick Rogers, Jaguar Land Rover’s Engineering Director, is an inspirational role model for those considering an apprenticeship with the company.  Having joined Jaguar Land Rover straight from school as an apprentice, Nick went on to gain a degree in mechanical engineering and has risen through the company to his current position in charge of over 8,500 engineers and a place on the company’s executive committee.  Reflecting on the apprenticeship scheme, Nick said:

“There has never been a better time to join Jaguar Land Rover as we continue to grow on the global stage.  We want to meet the next generation of engineers who are going to change the car industry in the next thirty years.  The Jaguar Land Rover apprenticeship programme offers a great mix of on-the-job experience and learning.  In order to continue our success, we are investing in the next generation of problem solvers, creative thinkers and future leaders.  Our engineers make the impossible possible.  Passionate, inquisitive and open-minded candidates are encouraged to join us and help shape the exciting future of Jaguar Land Rover.”

“When I discovered Jaguar Land Rover ran a degree apprenticeship, it seemed too good to be true and I applied like a shot.  Not only is there the opportunity to gain sought-after qualifications without ending up with student debt, but you are paid at the same time.  It is much more suited to my style of learning – I can apply what we are being taught in the real world. And it is a huge bonus to be surrounded by people with many years of workplace experience who are keen to share their knowledge.”

The start of the 2016 recruitment campaign follows hot on the heels of the 2015 intake of 245 apprentices, who joined the company in September.  With some 900 advanced and degree apprentices having started their career with the company over the past five years, this year’s recruits were the first to start their training as part of the newly-launched Jaguar Land Rover Academy.  The Academy will offer training for employees at all stages of their working lives with Jaguar Land Rover, whether they are new recruits or more experienced employees seeking to move to the next level in the organisation.  Reflecting on the launch of the Academy and the start of the recruitment of apprentices, Kirsty Scott, HR Director, Organisation and Talent Development, said:

“We are investing heavily in employing and developing the highly skilled people that will help ensure our continued success.  Our Jaguar Land Rover Academy gives focus to that investment and we are proud to be leading the industry in this field.”

To apply for an apprenticeship go to: http://www.jaguarlandrovercareers.com/jlr-roles/future-talent/apprentices/

Applications are now open.  The closing date is 31st December, 2015.