Jaguar Classic Kicks Off A Summer Of Celebrations 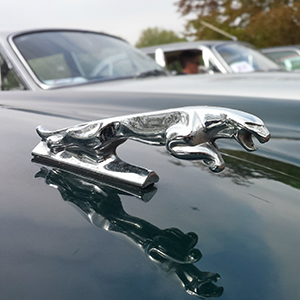 More than 1,200 Jaguars kicked off a summer of celebration in style on 6 May, as Windsor Castle opened its gates to some of the world’s rarest and most desirable models in Jaguar’s history for the Royal Windsor Jaguar Festival, in support of The Prince Philip Trust Fund.

The Jaguar Classic-supported Festival was organised by the Jaguar Enthusiasts Club following an invitation from the Prince Philip Trust Fund. The event attracted an estimated 6500 visitors from across the world, with cars coming from Germany, Italy, Holland, France, Sweden and Norway, as well as owners from the US and Canada.

Jaguar’s ‘new original’ XKSS made its UK debut at the event. Jaguar Classic is currently building nine ‘lost’ XKSS supercars to the correct 1957 specifications of those destroyed in a fire at Jaguar’s Browns Lane factory 60 years ago.

Other highlights were driven through the historic town of Windsor and through the castle grounds, including the sole 1966 XJ13 – from the Jaguar Heritage Trust collection. Although built as a Le Mans 24-Hours contender, the 5-litre V12 machine never got a chance to compete in the legendary French endurance motor race.

A number of other distinctive Jaguars adorned the Long Walk in the grounds of Windsor Castle, including one of the 10 specially-sourced base cars for Jaguar Classic’s recently-announced E-type Reborn factory restoration programme, a 200mph F-TYPE SVR and a Union Flag emblazoned XK8 Convertible.

Tim Hannig, Director, Jaguar Land Rover Classic, said: “The Royal Windsor Jaguar Festival was a dream event for us: we like nothing better than spending time with fellow Jaguar enthusiasts and discussing how we can support them, so doing that at such a magnificent venue as Windsor, for charity, was a huge privilege.

“We’re proud to serve all enthusiasts of older Jaguars, whether they’re looking for an authentic car to buy, genuine parts, expert servicing or fabulous experiences.”