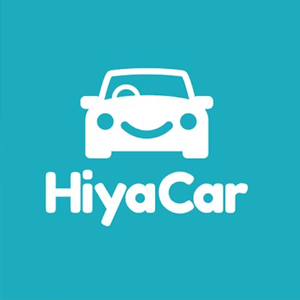 HiyaCar, a peer to peer (P2P) car sharing platform that allows drivers to rent cars from people in the local community, has today announced the launch of its QuickStart technology.

QuickStart is a keyless technology which alongside HiyaCar’s new app will turn a mobile phone into a multi-purpose tool for car hire – taking consumers from car selection all the way through to car collection and inspection in a matter of minutes.

The start-up is the first peer to peer rental car service in the UK to use keyless entry and remote tracking and aims to transform the way people hire and drive cars forever.

As QuickStart rolls out HiyaCar users will be able to hire out their vehicles or drive another member’s without needing to swap keys. Users who are hiring out their cars with QuickStart can expect to see increasing income for much less effort.

The benefits also extend to security. Should a QuickStart car be stolen, the technology allows for the engine to be remotely disabled and the doors locked once the car has come to safe stop, rendering it useless to the thief. Further, if a mobile with QuickStart installed is stolen, the phone can be immediately blocked from unlocking any cars. As the technology is both fully encrypted and generates a new unlocking sequence for each use, ‘cloning’ (the practice of replicating the unlock signal) is prevented.

With QuickStart HiyaCar aim to have members taken from sign-up to the driver’s seat in minutes – compared to the days that it can take traditional hire-car providers. Recent research from the company revealed that across the UK one million cars are going unused for much of the day, while simultaneously many – especially those in London – feel they cannot afford a car at all. Car sharing and new solutions such as QuickStart can help owners monetize underused motors while increasing access to cars for those who need it.

“2017 is a big year for us, as we aim to expand across London and the UK. Our on demand QuickStart proposition will make it easier than ever to hire a car, even for short journeys. Ultimately, we want people to think twice about buying a new car and whether they really need it all the time, when they could just as easily borrow their neighbour’s vehicle,” said Rob Larmour, COO and co-founder of HiyaCar.

“Since launching HiyaCar, more than 75% of traffic to the site has come from people on mobile. The rollout of QuickStart and our new app across London is pivotal to ensure that the whole experience of hiring a car is seamless. The days of painful admin and waiting to hire a car through traditional means is over,” continued Larmour.

HiyaCar aim to have QuickStart installed on 3000 of their member’s cars within the next 12 months. HiyaCar’s implementation of QuickStart and their new app will turn mobile phones into a multi-purpose tool for car hire and features: