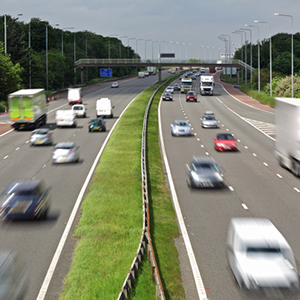 OPPOSED: Fleets speak out against £10,000 fines

Four in five fleet operators oppose plans to QUADRUPLE the maximum motorway speeding fine to £10,000, a survey has revealed.

The poll, by TrackCompare.co.uk, discovered 78% of decision-makers believe the fine for speeding should not be increased.

Under the government’s planned reforms, maximum fines for using a mobile phone while driving, dangerous parking or failure to comply with a traffic sign will also quadruple, increasing from £1,000 to £4,000.

In addition, the £5,000 limit on fines that can be imposed by magistrates for offences such as driving without insurance or careless driving will be scrapped.

Kjell Anderton, Director at TrackCompare, said: “This poll attracted far more comments than any we’ve held over the past year.

“Those against had strong views, including: ‘Just another money-making scheme,’ ‘They can handle high speeds on the motorway in Germany, it shouldn’t be any different here,’ ‘It’s over the top,’ ‘Way too high at £10k,’ ‘Not happy about it as we drive all day,’ ‘Most ridiculous thing I’ve heard,’ ‘80mph and you get a £10,000 fine. No way,’  and ‘They don’t really care about people speeding and people’s safety, they just care about themselves.’

“People in favour were just as forthright.

“Their comments included ‘I think it will stop all the terrible accidents and deaths,’ ‘I love the idea,’ ‘Hopefully, it will reduce accidents and decrease insurance premiums,’ ‘I agree with harsher sentences for bad drivers,’ ‘The only way to control people,’ ‘It would encourage better driving,’ and ‘They should be higher (fines) on the motorway.’”