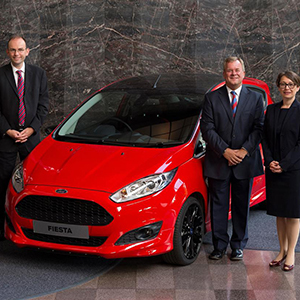 Ford of Britain today announced new management roles for three of its senior executives.  This follows the appointment of Andy Barratt as chairman and managing director, Ford of Britain, on July 1, 2015, succeeding Mark Ovenden after his appointment as president and CEO, Ford Sollers, the joint venture of Ford Motor Company and JSC Sollers in Russia.

Andy Barratt, Ford of Britain’s chairman and managing director, said: “I am delighted to welcome Kevin back to the Ford of Britain team, he will be able to deploy his considerable sales expertise to maximum benefit as we work to grow Ford’s UK sales leadership and maximise the potential of Ford’s latest and newest-ever range of cars and CVs.”

All three appointments are effective from August 1, 2015.