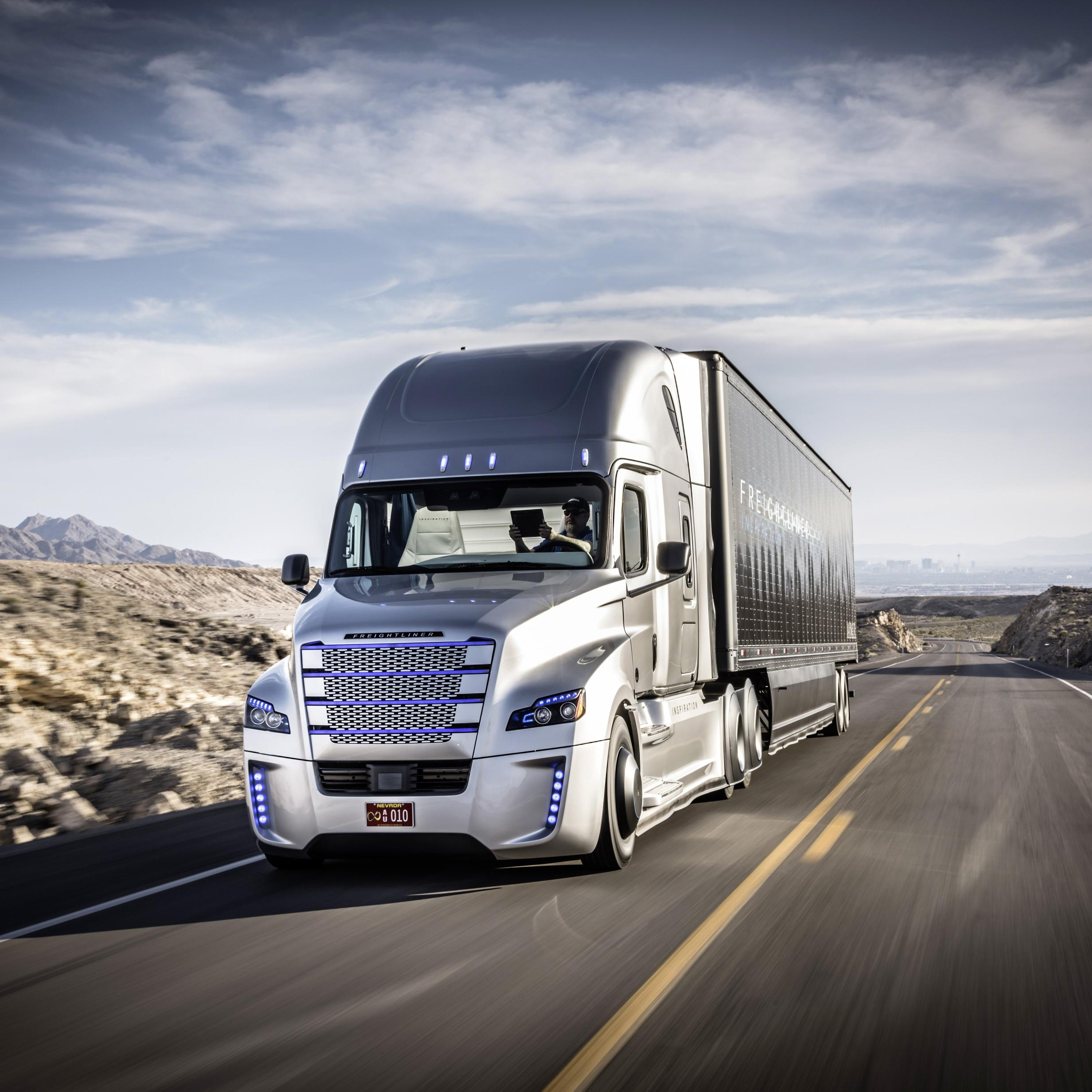 Probably got pulled over for not paying attention to the road…

Daimler Trucks has become the world’s first manufacturer to be granted a road licence for an autonomous heavy-duty truck.

The first journey in the so-called Freightliner Inspiration Truck, which took place on U.S. highway 15 in Las Vegas, was made by Brian Sandoval, Governor of Nevada, and Dr. Wolfgang Bernhard.

The truck is equipped with the intelligent Highway Pilot system for autonomous driving. The state of Nevada licensed two Freightliner Inspiration Trucks for regular operation on public roads.

“Our Freightliner Inspiration Truck is the world’s first autonomous commercial vehicle to be licensed for road use. Our achievement here underlines yet again our role as a technological pioneer and demonstrates our consistent dedication to develop the technology for autonomous long-distance driving to series production standard,” stated Dr. Wolfgang Bernhard, Daimler AG board member responsible for Trucks and Buses.

The world premiere of the Freightliner Inspiration Truck took place near Las Vegas, in front of representatives of the media, government as well as business and finance.

Trucks are by far the most important means of transport in the U.S. In 2012, trucks transported around 70 percent of all freight tonnage in the United States. This way, a total of 9.4 billion tons of freight were moved by trucks. Globally, the road freight transport is expected to even triple between now and 2050. Autonomous trucks provide the opportunity to cope with this growth in a manner that harmonises economic and environmental needs

The Highway Pilot technology from Daimler Trucks demonstrably leads to more concentrated and thus more efficient long-haul truck drivers. This is a result of studies conducted on a cordoned-off test route during the pilot stage of the technology. Measurements of the probands’ brain currents (EEG) demonstrated that driver drowsiness decreases by about 25% when the truck is being operated in autonomous mode, and the driver all the while pursuing other meaningful operations.

The studies also prove a high acceptance of the Highway Pilot technology and a rapid adaption phase of the probands. Relieving strains of the driver through autonomous truck driving leads to more road safety.