Half of Brits unaware of new drug drive legislation 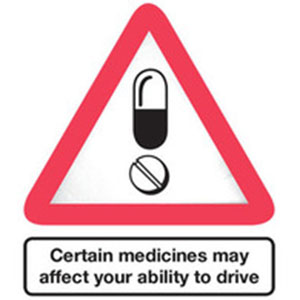 New drug drive legislation comes into force from 2 March 2015 in England and Wales.

In the dawn of new drug drive legislation, THINK! is encouraging people who take medicines and aren’t sure if they are safe to drive to check with their pharmacist or doctor.

The new law comes into force from the 2nd March and is designed to catch people who risk other people’s lives by getting behind the wheel after taking drugs, and not those taking legitimate medicines that don’t impair their ability to drive.

Kwik Fit Insurance Services have recently conducted research based on this new law, surveying 1,028 adults in the UK. The research turned out some interesting results including:

The new law sets limits at very low levels for 8 drugs commonly associated with illegal use such as cannabis and cocaine. There are also 8 prescription drugs that are included within the new law. These are:

However, the limits that have been set for these drugs exceed normal prescribed doses, meaning that the vast majority of people can drive as they normally would, so long as they are taking their medicine in accordance with the advice of a healthcare professional.

Robert Goodwill, Road Safety Minister said: “If you are taking your medicine as directed and your driving is not impaired, then you are not breaking the law and there is no need to worry. We advise anyone who is unsure about the effects of their medication or how the new legislation may affect them, to seek the advice of their doctor or pharmacist.”

There will also be a medical defence if a driver has been taking medication as directed and is found to be over the limit, but not impaired. THINK! are advising drivers who are taking prescribed medication at high doses to carry evidence with them, such as prescriptions slips, when driving in order to minimise any inconvenience should they be asked to take a test by the police.