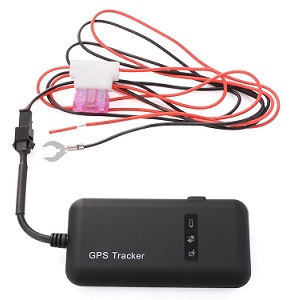 TRACKER, the stolen vehicle recovery (SVR) expert has worked with Police Scotland to successfully recover a stolen Audi RS6 that was suspected to be involved in wider criminal activity. Once the car was reported missing and the tracking device activated, police deployed a helicopter, an unmarked car and two tracking vehicles to make the recovery in a record time of under 40 minutes.

The Audi RS6 was stolen on 29th October when thieves broke into an address in North Lanarkshire and took the keys during the raid. Police Scotland were on the case as soon as the theft was reported and TRACKER’s award-winning SVR technology led them straight to the stolen car that was located just 15 miles away in Larkhall.

Commenting on the recovery operation, Clive Wain, Head of Police Liaison at TRACKER, comments, “This vehicle was stolen after the keys were taken following a housebreaking at the victims’ domestic home which is a harrowing but unfortunately all too frequent occurrence but the recovery itself was extremely swift and impressive. We know that the cosmopolitan cities of Edinburgh and Glasgow regularly record the most stolen and recovered vehicles across Scotland, however this example shows that thieves don’t just target major cities.

“TRACKER is the only company which has invested in every UK police force, and this case proves why it is so important for the investment to continue. It highlights the significance of having a tracking device fitted to a vehicle, as it routinely makes such a huge difference between stolen vehicles being quickly returned to rightful owners or conversely perpetrators prevailing in their criminal enterprise.  A TRACKER unit won’t stop a car being stolen, but it can significantly increase the chances of police finding it if thieves do take it.”

Chief Inspector Darren Faulds, Police Scotland’s West Commander for Road Policing, said: “We have a long track record of successful co-operation with TRACKER, and by providing us with their equipment we have proved that the technology works, resulting in many vehicles, principally high-value cars but also vans, lorries, industrial and agricultural equipment, being recovered and people brought to justice. The advantage of using the helicopter is that it can follow the stolen vehicle without the thieves being aware, and also direct other support such as dog units, to the exact location, and so recover it back to the owner. We support the use of such technology as a powerful tool in the fight against vehicle crime.”