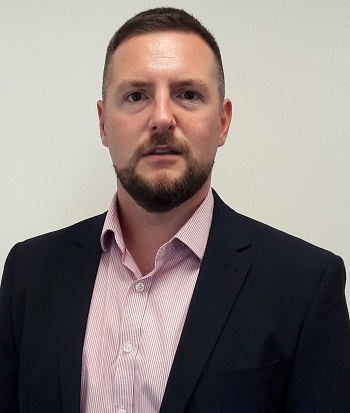 Ebbon-Dacs has added new features to its electronic vehicle delivery and collection solution, moDel, including a geo-communications module to provide tracking of vehicles in transit.

The new geo-comms functionality has been created in response to customer demand so that system users, both sender and recipient, can now track the location of the vehicle while en route using GPS technology, providing greater transparency and more accurate delivery times for both parties.

Michael Terry, Head of Commercial – moDel, said:”It seemed vaguely absurd to us that the delivery of inexpensive items from online suppliers, like Amazon, can be easily tracked so that customers are kept in constant touch regarding their whereabouts in the delivery process.

“But this type of functionality simply wasn’t available for the most expensive single item we buy, namely a new car. This new geo-comms feature addresses this issue and provides GPS location information to both sender and recipient, either via the moDel-VM portal or by a secure link contained in an email.”

Ebbon-Dacs is piloting the new geo-comms feature, which can be customised and branded with the sender’s corporate identity, before making it widely available to all users.

The moDel system is continually evolving and developing as new upgrades are added. The last 12 months have seen five new releases which have brought improvements and efficiencies in key areas of vehicle logistics, delivery and collection.

The latest features have just been made available in the latest 1.14 release, and include the addition of a quotation routine within the billing module for logistics companies and other users of the stand-alone moDel VM solution. This allows them to quote for a new vehicle movement and store it electronically in anticipation of it turning into a confirmed order.

The new release also allows users to see and retrieve all images taken via moDel during the collection and delivery process through the moDel-VM portal and more easily download them for scrutiny.

The moDel solution hit record levels in 2018, handling 282,135 vehicle movements, up 71% on 2017. Fastest growth came from the stand-alone moDel-VM system, which is used largely by logistics and other vehicle transportation specialists and saw 177,818 vehicle movements last year – a year-on-year increase of 211%.

This  was despite a near 7% fall in the total number of new vehicles delivered in the UK in 2018 which, due  largely to the impact of the new WLTP testing regime and uncertainty surrounding Brexit, adding to an ongoing decline in consumer and business confidence.

“We believe these latest features and the new functionality that we have added will make the system better still. We look forward to working with our customers on continued new capabilities to broaden the usefulness and value to the wide spectrum of businesses that move vehicles.” said Michael Terry.