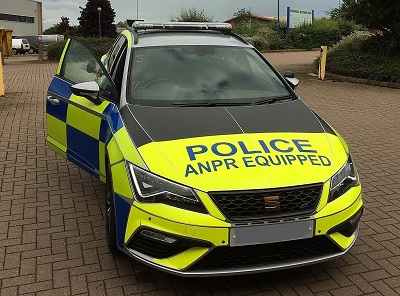 The laboratory, believed to be the only one of its kind in the world, holds ISO 17025 accreditation to calibrate electronic and analogue speedometers in any location worldwide.

ISO 17025, the international standard for testing and calibration laboratories, is the formal recognition that an organisation is competent to perform specific processes, activities or tasks in a reliable, credible and accurate manner.

It gives confidence that the validity of the results and the accuracy of the measurements undertaken can be relied upon and are traceable to national standards.

Other speed testing laboratories hold ISO accreditation, such as ISO 9001, but this standard only relates to the management of their processes. It does not reflect on the capability to calibrate speedometers, and it gives no assurance to the police force or owner of the vehicle that the calibration data is accurate and reliable.

Last year, Road Safety Support, a not-for-profit company, launched its digital calibration method after an increase in the number of new vehicles fitted with digital speedos.

The method was developed after force fleet managers realised that they no longer had a reliable way of calibrating speedometers in new police vehicles.

Inspector Gareth Morgan, of the South Wales Police Western Roads Policing Unit, said: “Due to the new digital type displays, our traditional solution was not an option, and we had to consider other options.

“RSS were, to my knowledge, the only company to provide a solution, and we were at the point of decommissioning an otherwise excellent vehicle.”

Steve Callaghan, Manager of the Road Safety Support International Speed Test Laboratory, said: “It’s been a pleasure working with so many UK police forces and to provide them with the assurance that their vehicle remains in its stock condition and they can use the speedometer to make accurate speed measurements.

“The calibration is traceable, verifiable and comes with expert witness support.”