This incredible footage shows how a 200ft-long motorway bridge spanning the width of the M6 disappeared overnight.

After a year of careful planning, the motorway bridge was erased from the landscape in under 12 hours – some six hours ahead of schedule.

A fascinating time lapse video has now been released which reveals the work involved in demolishing the bridge including the moment the structure came crashing down.

The M6 was shut in both directions, between junctions 13 and 14 at Stafford, to carry out the complex demolition of the Burton Bank footbridge, which weighed some 140 tonnes and contained enough concrete to fill 20 tipper trucks.

The arched bridge, north of junction 13, had to be removed to make way for Highways England’s major upgrade of the M6 through Staffordshire. 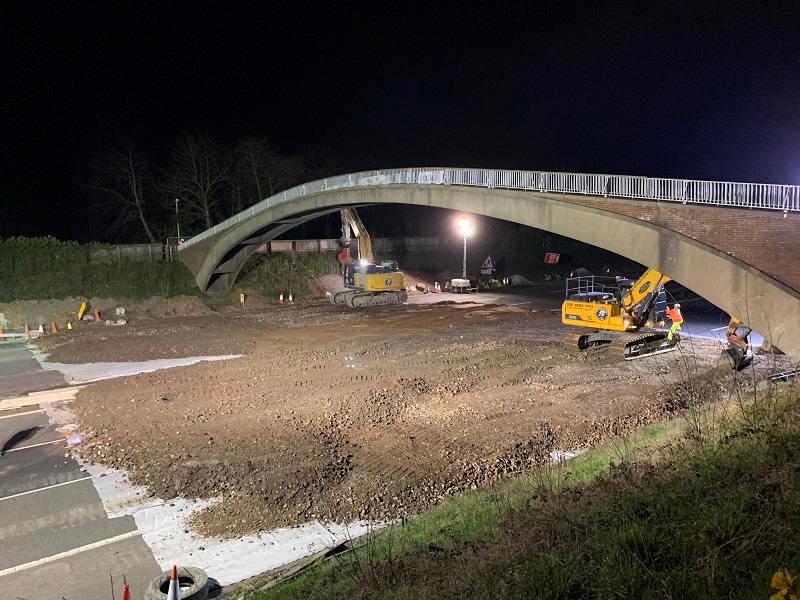 Built in the early 1960s, the curved shape of the footbridge meant there would not be enough headroom for HGVs to travel underneath when the hard shoulder also becomes a new running lane.

The time lapse video, filmed by contractors Kier who are carrying out the work on behalf of Highways England, encapsulates the demolition process that took place throughout the night.

Lane closures began at 5pm last Saturday with the M6 completely shut from around 8pm as more than 50 workers descended on the motorway to carry out the demolition.

The bridge was brought down shortly before midnight and the mammoth clean-up began. The M6 was reopened in both directions by 7.30am on Sunday.

Highways England Smart Motorways Project Sponsor, Peter Smith, said: “This is the second bridge we have taken down on this stretch and the first operation went very smoothly, exactly as we planned.

“The age and shape of Burton Bank footbridge made this more challenging but in the end it was business as usual for us. We were delighted to be able to open the motorway so early in the morning, before the traffic started to build up.

“Thank you to everyone who heeded our warnings and avoided the area on Saturday night. We are grateful to those who did have their journeys affected for their patience and understanding.”

Traffic was diverted off the M6 between junctions 13 and 14, using the A449 and A34 as alternative routes. This route had been agreed with local authority partners and was kept clear of other works. 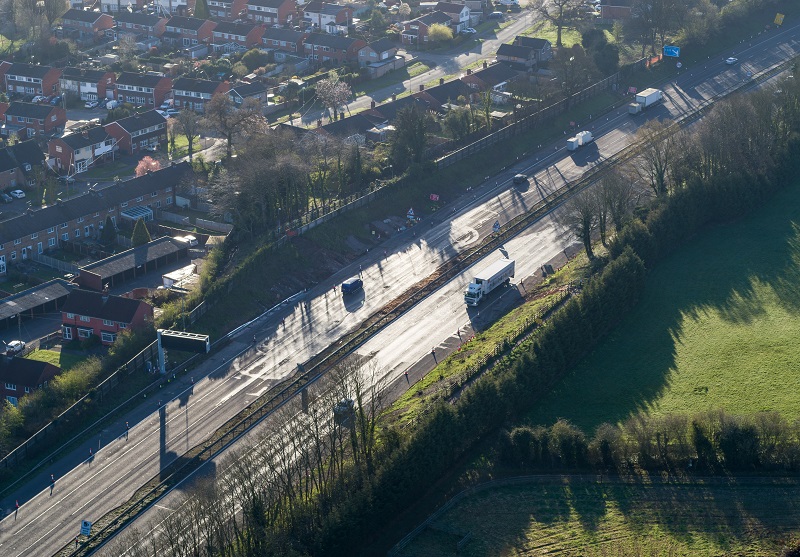 Signs alerting motorists to the closure were introduced as far away as Dover and Carlisle. Motorists and hauliers travelling between the North West and the Midlands and South of England were advised to avoid the area by using the M62 and M1.

The first bridge removed as part of work to upgrade the motorway between junction 13 (Stafford) and junction 15 (Stoke-on-Trent) was Creswell Home Farm bridge, just north of junction 14, which was demolished last year.

The removal of Burton Bank bridge came as Highways England this week revealed a £265million project to upgrade 19 miles of the motorway to the north of Staffordshire has now been completed.

Extra lanes and new technology have been successfully added to the M6 between Crewe and Knutsford enabling more traffic to travel on the road, tackling congestion and bringing smoother journeys for around 120,000 drivers every day.

This is the first of the four smart motorway schemes to be finished that will ultimately increase the M6’s capacity by a third on 60 miles of the motorway between Coventry and Wigan.