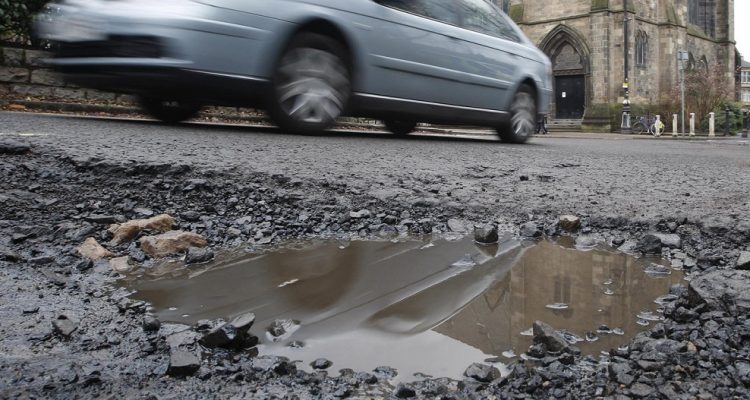 Six-in-10 drivers (60%) believe the condition of local roads they use regularly is worse than a year ago, with a similar proportion (55%) complaining the standard of pothole repairs is – at best – ‘poor’, new RAC data* has found.

What’s more, only 4% think the state of the local roads in their area has improved in the past 12 months, down from 6% for the last two years. The research conducted for the 2022 RAC Report on Motoring with 3,102 drivers also showed that those believing their local roads had got worse had grown by 2% from 58% in 2021 and by 8% from 52% in 2020. While more drivers also think the condition of motorways and dual carriageways is worse this year than last, the proportion is significantly lower at 38% compared to 32% in 2021.

Issues with surface quality are the main reason drivers say the state of their local roads has deteriorated (98%). Eighty-six per cent of drivers say they have to steer to avoid potholes on several occasions. This rises to 90% among those who live in rural locations and falls to 81% for those in urban areas. 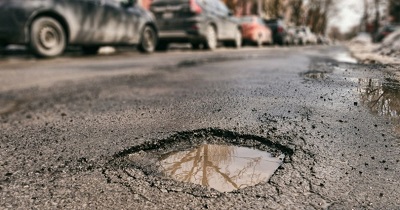 But potholes and the like are no longer the only problem: 63% say they have noticed faded road markings, up from 56% last year, while 42% report worsened signage visibility and 35% complain about the amount of litter by the roadside. Lack of grass and foliage maintenance is another problem, cited by 30% of drivers.

While the cost of fuel is understandably the number-one overall concern for drivers in this year’s RAC Report on Motoring (55%), nearly half of those surveyed (45%) still said the poor condition and maintenance of the UK’s local roads was their top motoring gripe – almost unchanged on 2021’s 46% peak and 7% up on 2020, but considerably higher than prior to the Covid pandemic in 2019 when it was the top concern of 33% of motorists. Concern is most pronounced among the over-65s with 55% listing it as their biggest concern in stark contrast to just 27% of those aged 17-24.

This year the RAC also asked drivers to rate the quality of repairs to potholes carried out by local authorities. The findings show that even when authorities are managing to repair local road surfaces, drivers are generally unhappy with the quality of the work: 55% rate the standard of pothole repairs in their area as ‘poor’ (35%) or ‘very poor’ (20%). Again, dissatisfaction is higher in older age groups with 60% of those aged between 45 and 64 saying repairs are poor, as do 57% of those aged 65 and older. Those living in villages or rural areas are likely to rate repairs worst with 61% saying council repair work is either ‘poor’ (37%) or ‘very poor’ (24%).

The views of drivers are supported by the RAC Pothole Index which shows there is little sign of improvement to the quality of local roads. The index, which analyses pothole-related breakdowns together with the seasonal effects of the weather to give a true long-term indication of the condition of the UK’s roads, now stands at 1.6, up from 1.48 at the end of September 2021. This means drivers are 1.6 times more likely to experience breakdown due a pothole than they were in 2006 – the starting point of the index’s data.

The reason drivers are dissatisfied with the standard of repair work may be related to the amount of funding councils receive from the Government. The Asphalt Industry Alliance (AIA) Annual Local Authority Road Maintenance (ALARM) report for 2022** once again indicates local authorities in England and Wales do not have adequate funding to keep roads in a reasonable condition. Despite a 4% increase in average highway maintenance budgets, the report states councils are investing less money in carriageway repairs. As such, the reported backlog of repairs has increased by almost 25% to over £12 billion: according to the AIA’s estimates, this will take more than a decade to complete.

RAC head of roads policy Nicholas Lyes said: “Given the sharp rise in concern about fuel prices this year, the fact local road maintenance remains such a prominent issue is a reflection of just how deep-seated this problem has become.

“Sadly, neither drivers’ feelings or the RAC Pothole Index point to any substantial improvement in the quality of our local roads. Many describe the repair work – when it’s carried out – as being substandard which more than likely means potholes and surface defects will quickly reappear, costing yet more money to fix. This seems to be utter madness and an issue that badly needs addressing if drivers’ views are indeed accurate.

“However, it is encouraging the Government plans to introduce new measures designed to penalise utilities and construction companies which leave road surfaces in sub-standard condition after completing street works. Firms which fail to meet strict criteria for the quality of their repair work will face more rigorous inspections and, ultimately, severe financial penalties. This perhaps also begs the question about the standard of council road repairs there is an argument that such measures should also be extended to contractors working for on behalf of councils.

“Unfortunately, we do still have a widespread funding shortfall meaning that many councils can’t afford to maintain and improve roads as they would like to. The RAC continues to believe the local road network needs some form of ringfenced funding to allow councils to maintain their roads properly and regularly.

“But while drivers support the idea of a proportion of current motoring taxation being ringfenced to fund local road maintenance with 80% saying they would back such a plan, there has been a decline in the percentage who say they would be willing to pay a higher level of fuel duty provided this money was ringfenced for a local pothole fund. Only 28% support such a proposal in 2022, down from 43% in 2021 and 47% the previous year. No doubt the recent increases in the cost of fuel, not to mention the wider economic outlook, have influenced drivers’ feelings in this area.”