Highways England has had to backtrack on its plan to convert a section of the M62 to all lane running without a statutory environmental impact (EIA) assessment after a retired vicar threatened legal action. 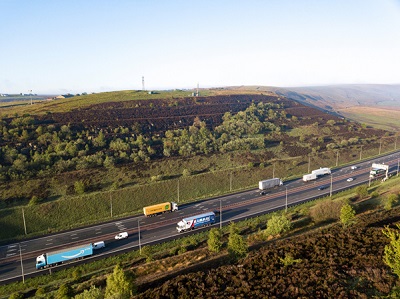 The government-owned company had issued a notice of determination under the Highways Act 1980, stating that it would not carry out an EIA, leaving it open to pursue the project as a permitted development without seeking planning permission.

However, although Highways England had based its decision on ‘the fact that there are no likely significant effects on the environment’, it emerged that it had not assessed the carbon impact of the scheme.

Last month it was revealed that the increase in greenhouse gas emissions on the all lane running smart motorway scheme on the M3 was nearly double what Highways England had anticipated. 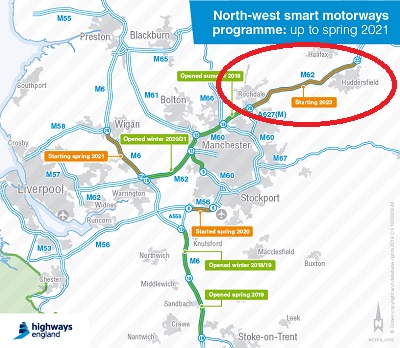 Revd Mark Coleman, who lives in Rochdale, less than a mile from where the M62 is scheduled to be enlarged into a Smart Motorway between junctions 20-25, set up a crowdfunder to pay for legal advice.

His lawyers, Richard Buxton Solicitors, wrote to Highways England with a pre-action letter that outlined what the legal case would be if it went to court. It agreed to withdraw its notice of determination. However, it remains unclear what it will do next.

Revd Coleman said: ‘Highways England have been made to pause and listen to reason, science and common sense. I believe passionately that no-one is above the law, and that includes government agencies.

‘In this climate and ecological emergency, we need urgently to cut through the many words and greenwash to what really matters. We must cut CO2 emissions quickly and cannot have the Government expanding motorways and increasing traffic and carbon in an under the counter manner.’

He added: ‘We will be keeping a very close eye on what Highways England do next and will wait to see if they take climate change seriously. We remain vigilant.’

‘We will publish a new notice of determination in due course and our plan remains to start this improvement in early 2023.’

Revd Coleman worked closely with Transport Action Network, which has brought its their own legal actions. It will be facing the Department for Transport in the High Court on 29-30 June to challenge the Government’s £27bn second Road Investment Strategy, and is also challenging the roads planning policy for allegedly being out of date on climate change.