JGas, the Bathgate-based energy provider, has added a second Renault Trucks Range T tractor unit after a positive experience with a seed vehicle. 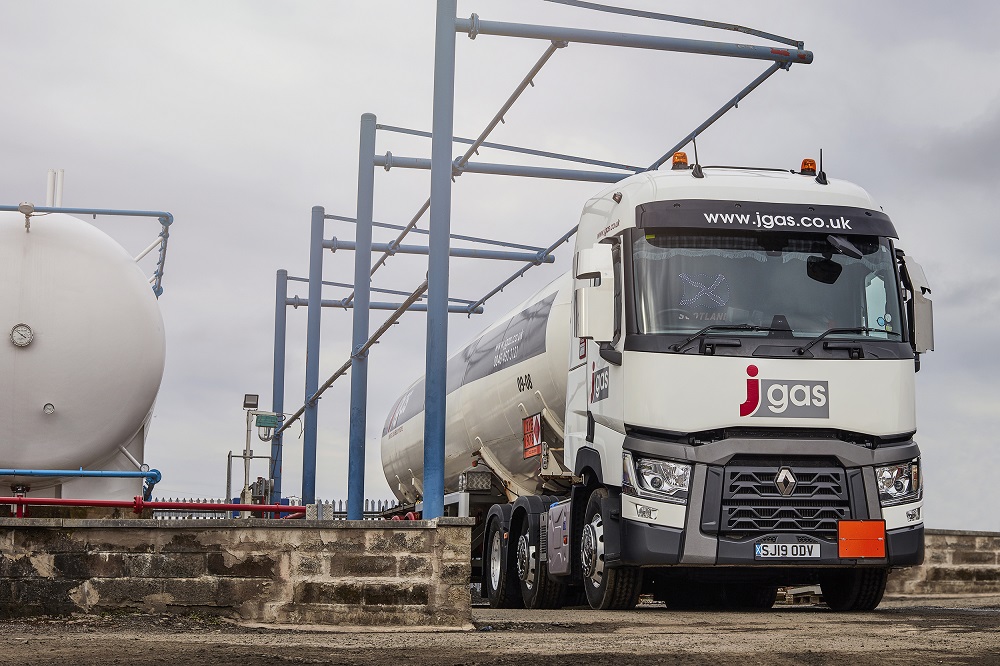 JGas, the Bathgate-based energy provider, has added a second Range T tractor unit from Renault Trucks Scotland after a positive experience with a seed vehicle.

“We were in the market for a new tractor unit, but also looking to do something different. We spoke to our established list suppliers; however, we were encouraged to talk to Renault Trucks Scotland by a local company we know very well, David Philp Commercials, who are also service agents for the brand,” said Kenny Gardner, JGas Operations Director.

Kenny was put in touch with Renault Trucks Scotland sales executive Ross Jack and agreed to take a Range T520 on a six-month trial to gauge operational and driver feedback. “That was back in August of last year, and I am pleased to say it was positive on all fronts. The sales experience was trouble-free, and the service and back up has also been faultless.” So indisputable was the reaction, Kenny bought the truck outright and halfway through the trial placed an order for a second 6×2 tractor, this time a Range T480.

Both trucks were sold with four years R&M and came fully fitted with ADR and Pet Regs equipment.

The relationship between JGas, Renault Trucks Scotland and David Philp Commercials is set to be strengthened when later this year the company adds its first two Renault rigid chassis to the fleet. Both will be 26-tonne, Range T 380 6x2s, with 23,600-litre tanks built by Spanish manufacturer Talleres Cobo. Both new vehicles will be used to support the firm’s bulk gas deliveries to business, agriculture, leisure and domestic users.