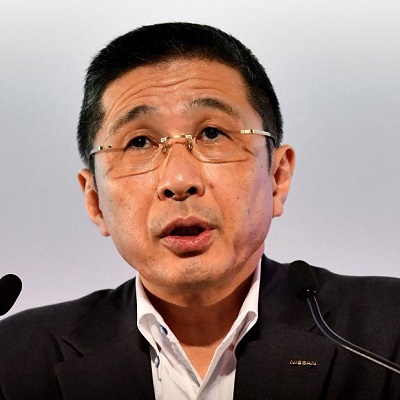 Hiroto Saikawa, Nissan’s chief executive, announced that he will step down from his post following a board meeting held on Monday 9th September.

Reasons for his resignation were disclosed, but Mr Saikawa has been under pressure since it was revealed he had been overpaid as part of a bonus scheme. Mr Saikawa has always denied doing anything wrong.

The over payment accusation came after he had been accused of receiving hundreds of thousands of dollars of extra share option payments in 2013.

Nissan has suffered a slow-down in sales and a reciprocal decline in profit, and this had brought about the decision to cut over 12,500 jobs worldwide. In light of this, Mr Saikawa had previously offered to resign saying he was “… keen to pass the torch to the next generation as soon as possible.”

This follows last years arrest and home confinement of Carlos Ghosn who is facing accusations of financial misconduct and breach of trust. Charges that Mr Ghosn strongly denies.

Nissan said it hoped to find a replacement by the end of next month. Chief operating officer Yasuhiro Yamauchi will take on the role temporarily.