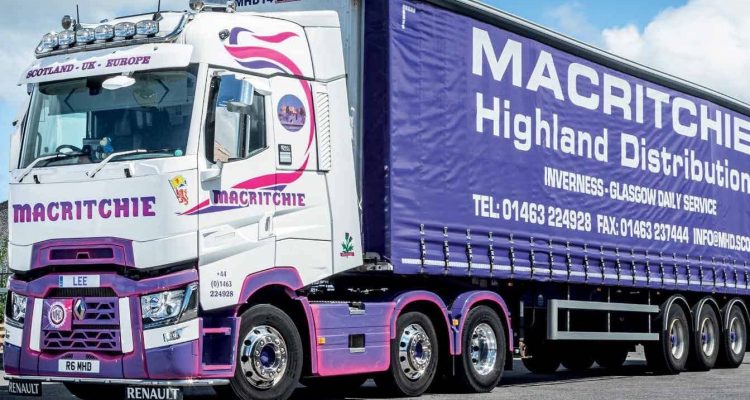 A Scottish transport firm has offered a driving job to a primary school pupil after he sent them his CV and said he would keep his truck clean.

HGV mad Dylan Macleod, a nine-year-old pupil at Stornoway primary school, wrote to MacRitchie Highland Distribution and told the firm he helped his grandfather deliver goods around the island. 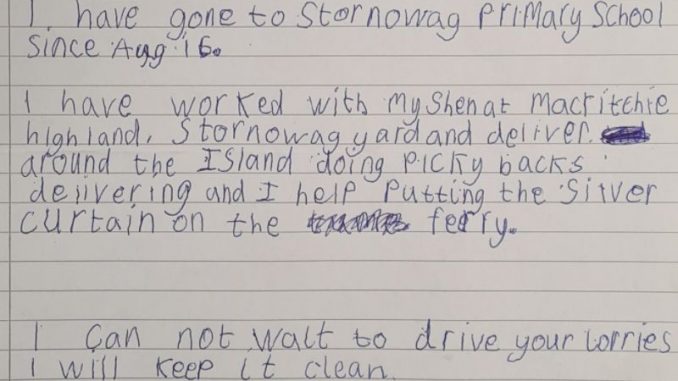 In the letter, Dylan said he had attended the school since August 2016 and he added: “I have worked with my Shen [grandfather] at MacRitchie Highland Stornoway yard and deliver around the island doing picky backs delivering and I help put the silver curtain on the ferry.

“I cannot wait to drive your lorries and I will keep it clean.”

The firm’s transport manager Catriona MacRitchie wrote back to Dylan thanking him for his application and telling him his resourcefulness, determination and ability were an inspiration: “We are always very keen to encourage young people into the haulage industry as there is currently a nationwide lack of drivers,” she said.

“If you continue to gain experience over the coming years and if you are still keen to become a lorry driver when you leave school, we would like to offer you a position within our company.”

Dylan’s mum Claire said he had always been into lorries and had even drafted a letter to the First Minister Nicola Sturgeon demanding that the age for taking the HGV driving test was reduced in order to solve the current driver shortage.

“He would rather be driving trucks than going to school,” she said.

MacRitchie said it did receive job applications from interested drivers, but she added: “Never as young as Dylan!”