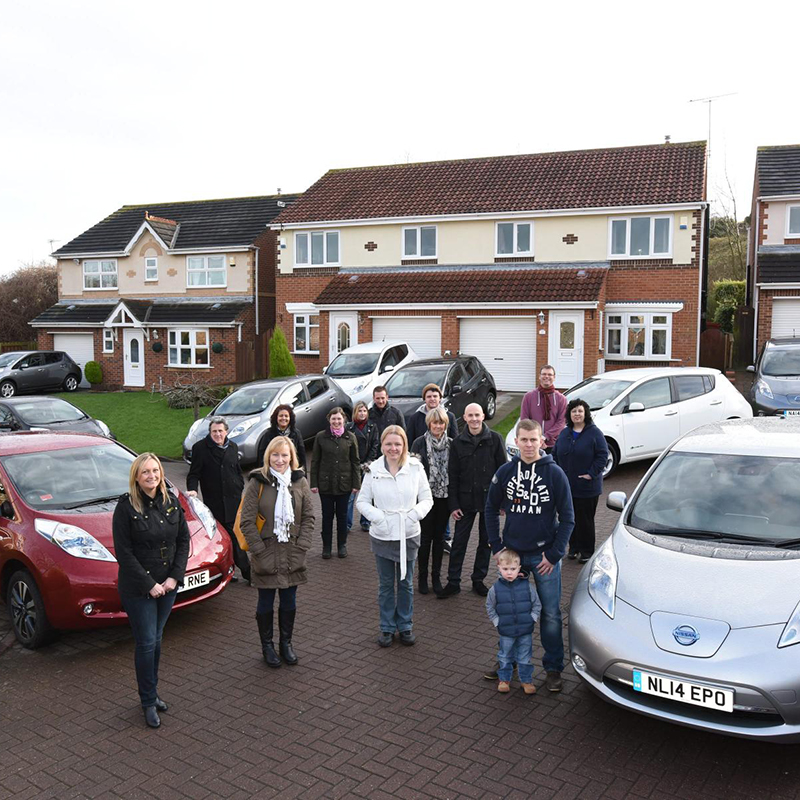 Rock down to Electric Avenue

The journey from being interested in electric cars to being converted to drivers is now complete for many of the participants in My Electric Avenue’s trials.

In a follow up to our story previously reported on FleetPoint, My Electric Avenue is a project to examine if local electricity networks can cope with charging a group of electric vehicles (EVs) at peak times and is also testing a new technology that can control the charging of the cars if the local electricity grid becomes overloaded.

The project needed groups of neighbours to come together and each lease an all-electric Nissan LEAF for 18 months, with a target of ten neighbours in a cluster, and ten clusters around Britain.

My Electric Avenue exceeded its targets, with over 200 participants in the trials each driving an all-electric Nissan LEAF.

One of the biggest clusters, comprising a total of 23 drivers, was started by Julie Skevington in South Shields. Julie drummed up interest in her local community, encouraging her neighbours to be involved in the trial. She adds: “I have driven over 15,000 miles in my Nissan LEAF in just over a year, so it obviously seems to meet my driving needs! I’ve even ventured further afield a few times, something that seems easier than I thought with a bit of planning.”

It’s now well known that the Nissan LEAF offers low running costs, but one participant of My Electric Avenue has even found a way to improve on that. Ian Finch works in the field of renewable energy and has harnessed the power of the sun to charge his LEAF. “The electricity to charge the Nissan LEAF for 80-100 miles of driving only costs around £2. However I’ve managed to drive the car completely free of charge in summer by using the solar panels on my house to power the car.”

“Not only does the LEAF offer motorists a driving experience that often betters its traditionally-powered rivals, it also delivers lower running costs and tangible savings and I am delighted that it has transformed the participants in the My Electric Avenue into committed electric car drivers.”