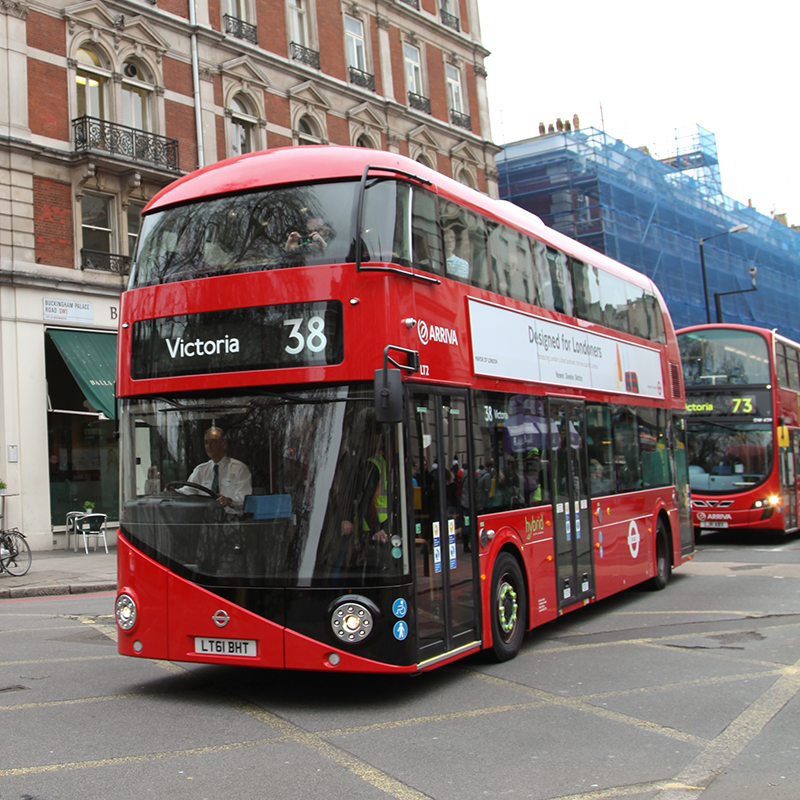 Transport for London (TfL) has announced that it will invest more than £200 million into expanding the capital’s bus network.

The investment was announced as one of a variety of projects aimed at improving London’s transport links over the next decade, with TfL making buses a key area of focus.

Part of the £200 million investment on the bus network will see 500 new buses introduced into service, allowing space for a potential 2.9 million passengers each week.

Bus reliability and customer satisfaction is at its highest ever level in the capital and to boost this further and support London’s growth, the investment in ‘bus priority’ schemes that will be delivered in partnership with local councils. These measures will deliver significant benefits to passengers – allowing buses to move around the city more freely, avoid traffic hotspots and offer customers an even more reliable service.

Speaking at the announcement, Boris Johnson, Mayor of London, said: “This major new investment in our bus services will help meet the demand of the city’s rapidly growing population. It will also support regeneration of key growth areas – ensuring Londoners have a regular and reliable bus network to get them to jobs, schools and hospitals in every part of the capital.”

It is hoped that the extra buses will increase the frequency and connections in key growth areas targeted by TfL and the funding will also be used to improve both the reliability of the service and employee customer service skills. More than 25,000 bus company staff will undergo customer care training, with new and existing drivers being taught how to communicate with customers more effectively and respond quickly to their needs.

Sir Peter Hendy, London’s Transport Commissioner, said, “As London’s population grows, it is essential that we continue to invest in the transport network to get customers to their jobs and homes and to go about their daily lives. The number of passengers on the bus network is at its highest since 1959 and this investment will help address the growing demand, improving customers’ journeys, bus reliability and customer satisfaction.”

The draft TfL Business Plan will be considered by the TfL Board on 10 December.