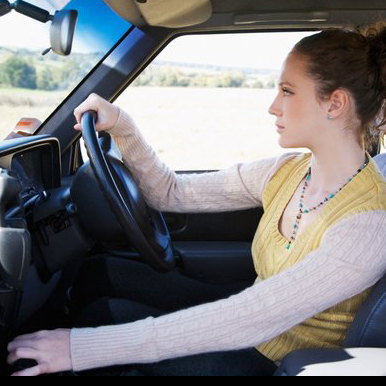 80% of women drivers showed a change in their driving behaviour

Research suggests that young females are better at responding to telematics feedback than their male counterparts.

The study, conducted by researchers in the School of Engineering at Trinity College Dublin, in partnership with the accident management company CRASH Services, looked into the effectiveness of ‘black box’ telematics technology. The results found that after training, and when presented with feedback on their driving performance, the driving behaviour of young women improved significantly more than that of young men.

Dr Ciaran Simms, from Trinity College, said: “It was interesting to observe that feedback had more impact on women drivers. Approximately 80% of women drivers showed a change in their driving behaviour compared to 20% of men, and the training also had a longer lasting effect on women.”

54 drivers aged between 17 and 22 years had their driving assessed over a 17-week period from April to July 2014. A ‘black box’ device was fitted to each participant’s car to provide information on location, speed, acceleration, deceleration and cornering. The telematics solution then scored driving performance based on the frequency and severity of incidents of risky driving behaviour.

Dr Bidisha Ghosh added: “Although this was a small study, we believe that the results indicate that telematics technology, in conjunction with ongoing driver training or the incentive of insurance premium discount, has the potential to help young drivers improve their driving behaviour.”