Public happiness with roads at all time low according to MPs 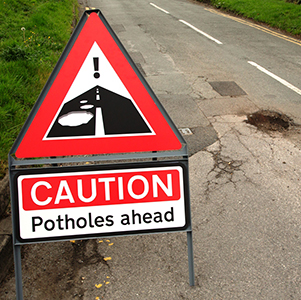 An increasing sight on the road

Only 30% of the public are satisfied with the condition of roads and the speed and quality of repairs.

Public satisfaction with the condition of our roads is at the lowest level since the surveying of this began in 2008 according to the Department for Transport (DfT).

Margaret Hodge, chair of the Committee of Public Accounts, said: “The Department’s piecemeal and stop-go approach to funding for road maintenance in recent decades has made it difficult for highways authorities to maintain roads cost-effectively.

The committee says that the DfT’s ‘unpredictable and fluctuating budgets’ for road maintenance over decades have put value for money at risk, as Hodge continued: “It seems ludicrous that in 2010 the Department cut road maintenance budgets by £1.2 billion over the four years from April 2011, but then it has intermittently given £1.1 billion additional funding on nine separate occasions for various reasons, including in response to flooding or winter damage to the roads. The Department must see that prevention is better than cure.”

The committee believes that routine maintenance is essential to deal with the increasingly severe weather and to prevent long-term damage to infrastructure, but a fall in the proportion of revenue funding risks a reduction in this type of maintenance. A good understanding of the state of the roads is absolutely essential for planning cost-effective preventative maintenance.

The Committee of Public Accounts concluded that the DfT and the Highways Agency are making progress in improving the way in which road maintenance is carried out, but more needs to be done, saying that the DfT’s stop-go approach to funding in recent decades has made it difficult for highways authorities to deliver maintenance cost-effectively. In addition, they identified that too many highways authorities are not basing their road maintenance programmes on good information and planning and as a result public satisfaction with the condition of UK roads is at the lowest level since the survey began.

The committee has therefore recommended that the DfT should hold the new Highways Agency to account for delivering the improved value for money that should be achievable given the certainty that will be provided by the planned funding reforms and it should also keep to the long-term budget allocations it has set out for local highway authorities to enable them and the supply chain to plan ahead confidently and efficiently.