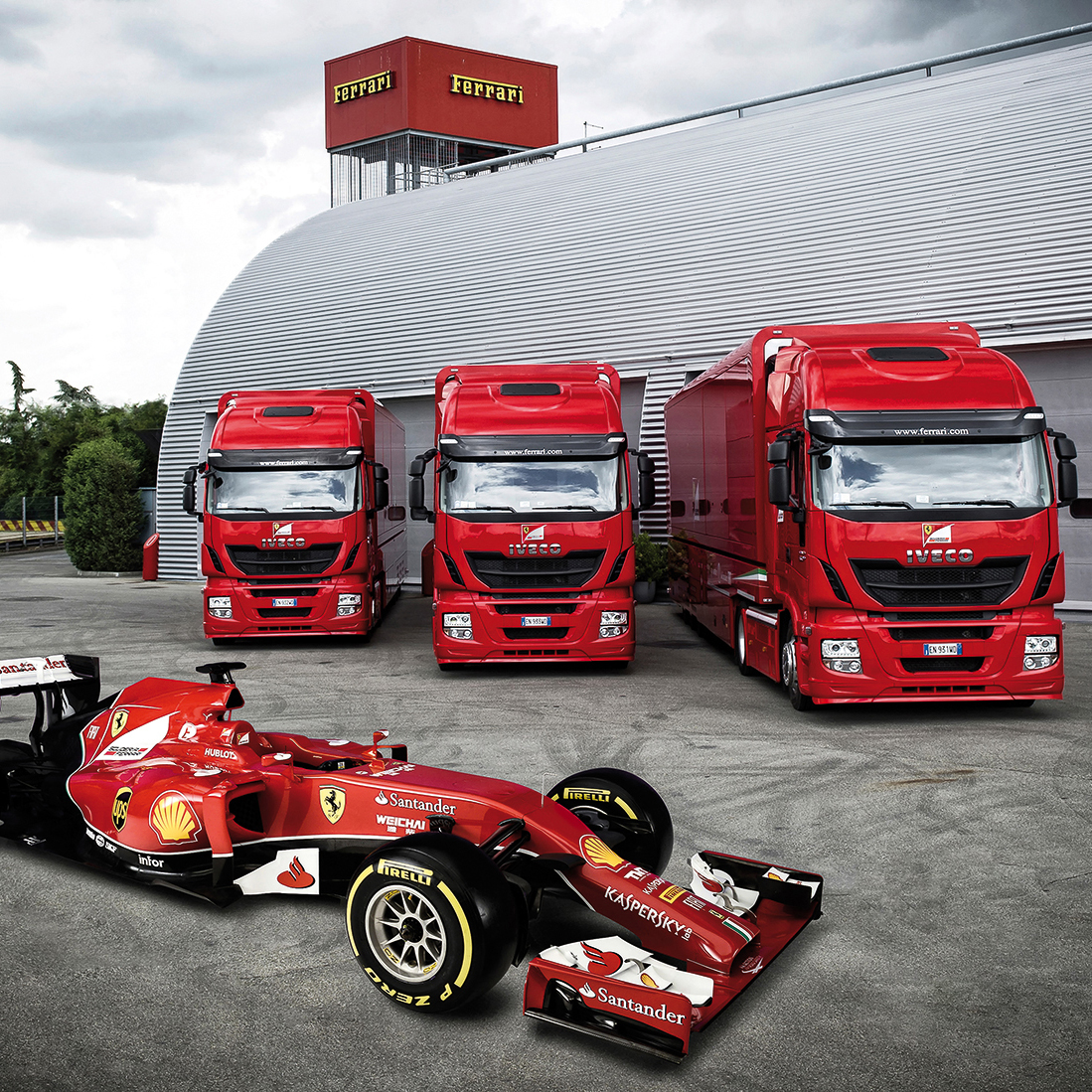 Iveco keeping Ferrari in the race

The historic collaboration between Iveco and Scuderia Ferrari began in 2000 and has been renewed for 2015.

The three Iveco Stralis Hi-Ways are going to be used by the team to transport trailers offering mobile office accommodation to the team at each European round of this year’s Formula 1 championship.

The three vehicles enhance an already large fleet of Iveco vehicles operated by the team, and they are equipped with the latest technologies which integrate infotainment, navigation and driver assistance in a single device.

Iveco’s involvement in the world of Formula 1 is part of the wider communication strategy of the company which is strongly oriented to the world of sport and will ensure that Ferrari stay in the race.