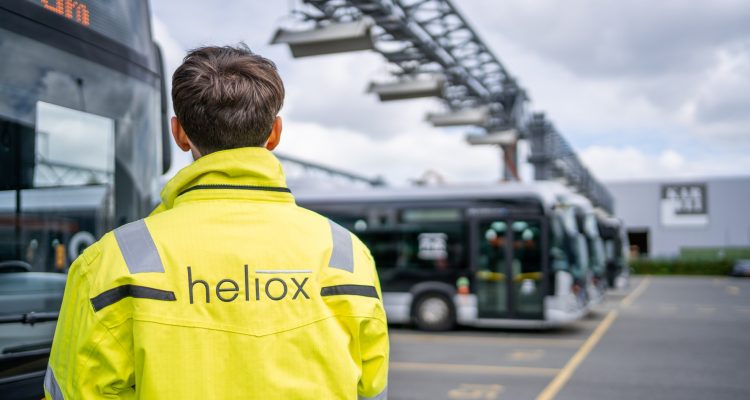 I recently came across a report by American non-profit CALSTART that measured the growth of zero-emission trucks and buses by over 26% when comparing current data to that in 2020. And to think a pandemic was going to slow down our global drive towards an electrically-driven future. For a while there, public transport usage took a dip, but we knew the resurgence was inevitable. And leading the global e-mobility movement are zero-emission transit solutions – buses – with a sizeable dent also being made by MDVs. Large volumes of electric buses used in public transport is likely to propel the growth by a CAGR of 43.1% by 2027 – that’s an absolute increase of 6 times from what we have on the roads today and well within the target set by most countries towards decarbonisation of public transport to a large percentage by 2030.

The climatic repercussions of missing the targets have been repeated on several occasions, but their severity is such that it requires yet another reiteration. Road transport accounts for 72% of all transport GHG emissions in the EU. At our current rate of global warming, we are set to miss the 1.5°C threshold by at least 0.7°C. The current rise of temperature by over 30°C at the two poles, or this April being one the hottest months across most tropical nations are only the initial signs.

And that’s where Decarbonisation of fleets can play a critical role, especially as the responsibility is undertaken by subnational players, at the county, state or city level.

At the start of the year, Heliox issued a green transport research which listed out the Top 10 European nations, and top 10 US cities primed for an electric transition. Whilst the Netherlands led in the EU research, the state of California marched ahead within the US. Despite larger nations such as the UK, France and Germany planning to invest a total of €200 billion to meet net zero goals, smaller countries such as Luxembourg and Sweden rank above them. Estonia was ranked the most favourably for economic incentives for private EVs, offering their citizens up to €18K which is limited to a maximum of 50 % of the vehicle price.

Across the Atlantic Ocean from our Dutch headquarters, the infrastructure investments have accelerated the already ambitious net zero plans of the top 5 states on our list by making billions of dollars available to replace thousands of transit vehicles, including buses, with clean, zero emission vehicles.  When combined with EV passenger vehicle infrastructure and subsidies and ambitious net zero goals, five states rose above the rest – California, New York, Washington, District of Columbia, and Massachusetts came across the most committed to green transportation initiatives and infrastructure. 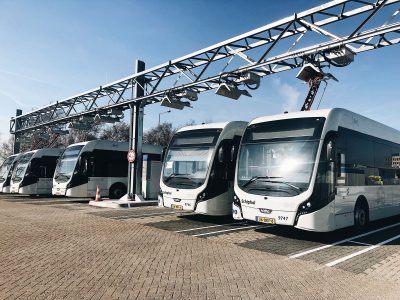 E-buses are leaders in making the switch

The role played by electric cars in a mass-level mindset and habit switch is the same as being paid by buses at the transit and public transportation level. Netherlands, for instance, with over 93,000 charging points has one of the highest charger-to-population ratio: Luxembourg and Sweden not too far behind. The United Kingdom, although lagging behind in provisioning chargers for its electric vehicles, had a 76.3% increase in sale of EVs.

How does this correlate to public transit electrification?

Those who are matching the demand for EVs also have the highest number of electric buses and HGVS. Because existing charging infrastructure reduces the cost of implementation.

For example, the UK, with approximately 79,000 buses – has only electrified 9% of its fleet. This comes down to the lack of charging infrastructure available needed for fleets to charge. However, nations such as The Netherlands – who only have 9,700 buses – are able to electrify 15% of their fleet due to the existence of widespread charging infrastructure. By having nearly double the amount of EV chargers in comparison to the UK, The Netherlands can meet the surge in demand for electric vehicles as well as support the transition of public transport to e-buses.

And these electric buses, expected to grow by 18% in Europe and over 26% in US, will lead in the reduction of GHG emissions.

Congestion is another strong reason for shared mobility and alternative transportation. In the UK, the average amount of GHG produced in traffic delays is over 10,000 kg of carbon emissions per vehicle. In congested cities such as London, we see that number increase by 508% higher than the national average. Because buses are also shown to have a smaller carbon footprint than personal cars, shared mobility would result in reduced GHG emissions.

Although electric cars have been the flagbearer for the EV switch, e-buses can help up-level our transportation by relieving the strain of national grids and making our cities smarter. Price spikes, power outages, and decreased EV mobility can be expected if pressure on our grid cannot be mitigated. There is an energy imbalance between the 1.95M EV’s added last year compared to the meagre 29,000 chargers to power them. Upscaling our charging infrastructure, as well as a unified effort to increase e-buses will ensure the need for smart energy management systems to be introduced to protect the grid.

A practical solution to energy management would be introducing Vehicle-to-grid (V2G) technology, a complex form of smart charging technology, that allows consumers to give back unused energy to the grid. Consumers would be able to decrease their dependence on the grid, but this all requires the right charging infrastructure.

Our electrified future is just getting started, but public transport is the key to unlocking its full potential. The Netherlands, Luxembourg, and Sweden have provided an equal amount of attention to both public transport and electric cars, seeing stark benefits in their road to net-zero. But if EU heavyweights want to follow in their footsteps, they need to extend their infrastructure and provide similar approaches in their efforts to achieve neutrality. Certain EU countries are leading the way to a more sustainable future, but they cannot do it alone – it is time for every country to step up to the mantle.