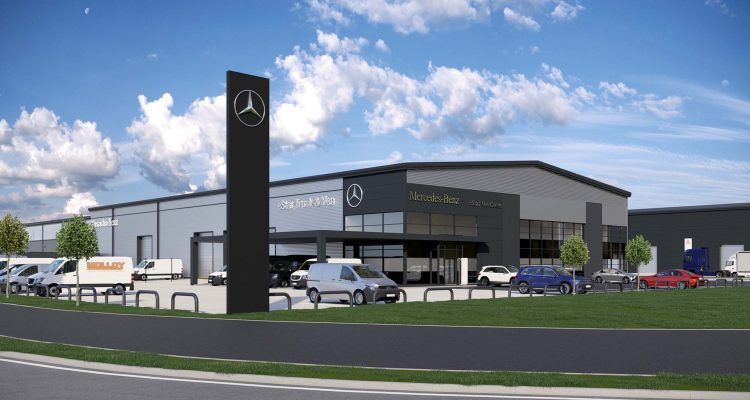 eStar Truck & Van marked its second anniversary as a member of the Mercedes-Benz Trucks franchised network by introducing a tachograph service at the flagship Merseyside branch it opened less than a year ago.

The latest development reflects the Dealer’s determination to provide customers for the Mercedes-Benz and FUSO light truck ranges with a truly comprehensive ‘one-stop shop’ service. 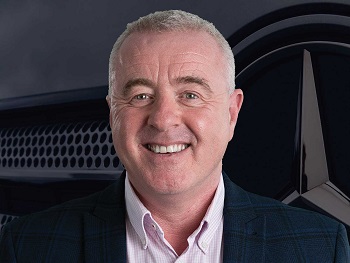 eStar Truck & Van was launched in September, 2020, by industry entrepreneur Sid Sadique. Having taken on established sites at Deeside, Stoke-on-Trent and Trafford Park from the manufacturer’s former representative, the company’s Truck and Bus team moved into their newly-built, 45,500 sq ft headquarters on the Alchemy Business Park, Knowsley, late last year.

Their Van colleagues, meanwhile, trade from a second, 23,000 sq ft unit on the same development, which is ideally located alongside the A580 East Lancashire Road and just half a mile from Junction 4 of the M57.

The eStar Truck & Van team has made impressive progress under the leadership of Managing Director Steve Bridge, who previously held the same position with Mercedes-Benz Vans UK.

He declared: “We inherited some major challenges and are all very proud of what we’ve achieved in this market area. The fantastic, brand-dedicated facilities at Knowsley illustrate perfectly the future direction of the business.”

A key priority for Steve on taking up his role, was to recruit and empower the right management team, and to foster a culture within what was a poorly motivated workforce of some 330 colleagues, based on defined values of partnership, commitment and understanding. The Dealer’s success in being named among the top 50 Inspiring Workplaces in the EMEA (Europe, Middle East and Africa) underscores the progress it has made.

Steve asserted: “We recognise and appreciate the critical contribution that truck operators make to the economic well-being of our country. So we’re playing our part by ensuring that customers of eStar Truck & Van receive the timely, efficient and focused support they are entitled to expect.”

To this end, the spacious truck workshop at Knowsley operates round-the-clock, from 6am on Mondays until 6pm on Saturdays, and is then open again from 5.30am until 6pm on Sundays. Two fully-equipped Service 24h vans allocated to highly-trained technicians also provide emergency roadside assistance in this busy part of the country, 24 hours a day, 365 days a week.

The workshop boasts two full-length truck-and-trailer pits, one of which serves as an Authorised Testing Facility (ATF) lane – this is set aside for inspectors from the Driver and Vehicle Standards Agency (DVSA) to carry out truck MoT tests five days a week.

Knowsley General Manager Henry Jordaan began his career as an apprentice Mercedes-Benz truck technician and has now clocked-up 25 years’ service with the brand. He leads a team of 20 technicians working across four shifts, and is currently endeavouring to recruit another couple.

Henry enthused: “This is a very exciting time. Demand for our maintenance and repair services has been strong since the day we opened and continues to grow, but we’re also focused on extending our offer and on working even more efficiently.

Having just installed the rollers in the tachograph bay we can now offer customers a full service covering installations, calibrations and repairs. Meanwhile, we’re also preparing to equip our technicians with tablets in order to trial a replacement for traditional job cards – the electronic system should save time and increase accuracy.

We’re receiving a lot of very positive customer feedback and have some first-class facilities, including a clean and comfortable rest area that drivers can use while they’re waiting. So we’re all very positive; it’s a great place to come to work.”

eStar Truck & Van will be in the forefront of the transition to a cleaner, greener road transport industry. Having already installed charging stations for cars and light commercial vehicles, the Dealer is now preparing to add a 400A DC unit in time for the arrival of the first battery-electric eActros trucks.