Rygor Lights The Way For Dextra, With Low-Height Mercedes-Benz Actros 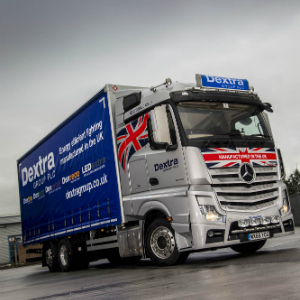 It may be flying high but when it comes to trucks the UK’s largest privately-owned lighting manufacturer goes low every time.

They arrived via Dealer Group Rygor and are also fitted with with rear-steer axles, for enhanced manoeuvrability. Their curtainside bodies, meanwhile, are by Transport Enterprises, of Leicester – two are twin-deck versions for delivering to clients with off-loading facilities, while the other two are equipped with tail-lifts and used to supply retail customers who might be undertaking store refits, or other commercial concerns such as care homes.

Given the lighting products it carries weight is never an issue for Dextra, so it specifies low-height chassis in order to maximise load volumes. The operator serves Irish and European as well as domestic markets – most of its 24 trucks are 4×2 tractor units which pull double-deck trailers restricted to a height of 4.0 metres for operation on the Continent.

“We’ve been a 100% Mercedes-Benz fleet for the last 14 years, and have been using its FleetBoard telematics system for a decade,” said Operations Director Tim Pickford. “Reliability is crucial, of course, and it’s a great product which gives us very few problems. Fuel economy is very good too – our tractors are plated at 32 tonnes gcw and typically return upwards of 12 mpg.

“Driver appreciation is also key,” he continued. “Our guys spend a lot of time on the road so we think it only right that they should have nice vehicles. They certainly like the comfort and all-round driveability of their Mercedes-Benz trucks.”

Dextra maintains its fleet in-house, at the new, two-bay workshop with full-length pit it has just opened on its headquarters site in Gillingham. Rygor provides technical and parts back-up. “Despite the fact that we’re in a very rural, outlying location, the Dealer will make two deliveries of parts per day if we need them,” confirmed Mr Pickford. “It’s an excellent service.”

The new trucks have replaced a couple of six-wheeled LowLiners from the previous Actros range, and a pair of 16-tonne Atego models. Like the two Actros 26-tonners with tail-lifts that Dextra commissioned last year, its latest rigids are real head-turners. Finished in smart metallic silver paintwork with colour-coded bumpers and mirrors, they also wear eye-catching Union Jack logos, emphasising the operator’s ‘Made in the UK’ mantra. Completing the picture, the Actros are additionally fitted with roof-mounted airhorns and, unlike their predecessors, ride on alloy wheels.

In addition to the four new trucks, Rygor has just supplied Dextra with a 3.5-tonne Sprinter 314 chassis cab with Euro 6 engine and curtainside body. “We’ve been running high-roof Sprinter vans for years but the curtainsider should give us that bit more flexibility,” explained Mr Pickford.

The fleet also includes a pre-owned Mercedes-Benz Econic which the operator uses to move products and materials between its 23,000sq m of production facilities at Gillingham. 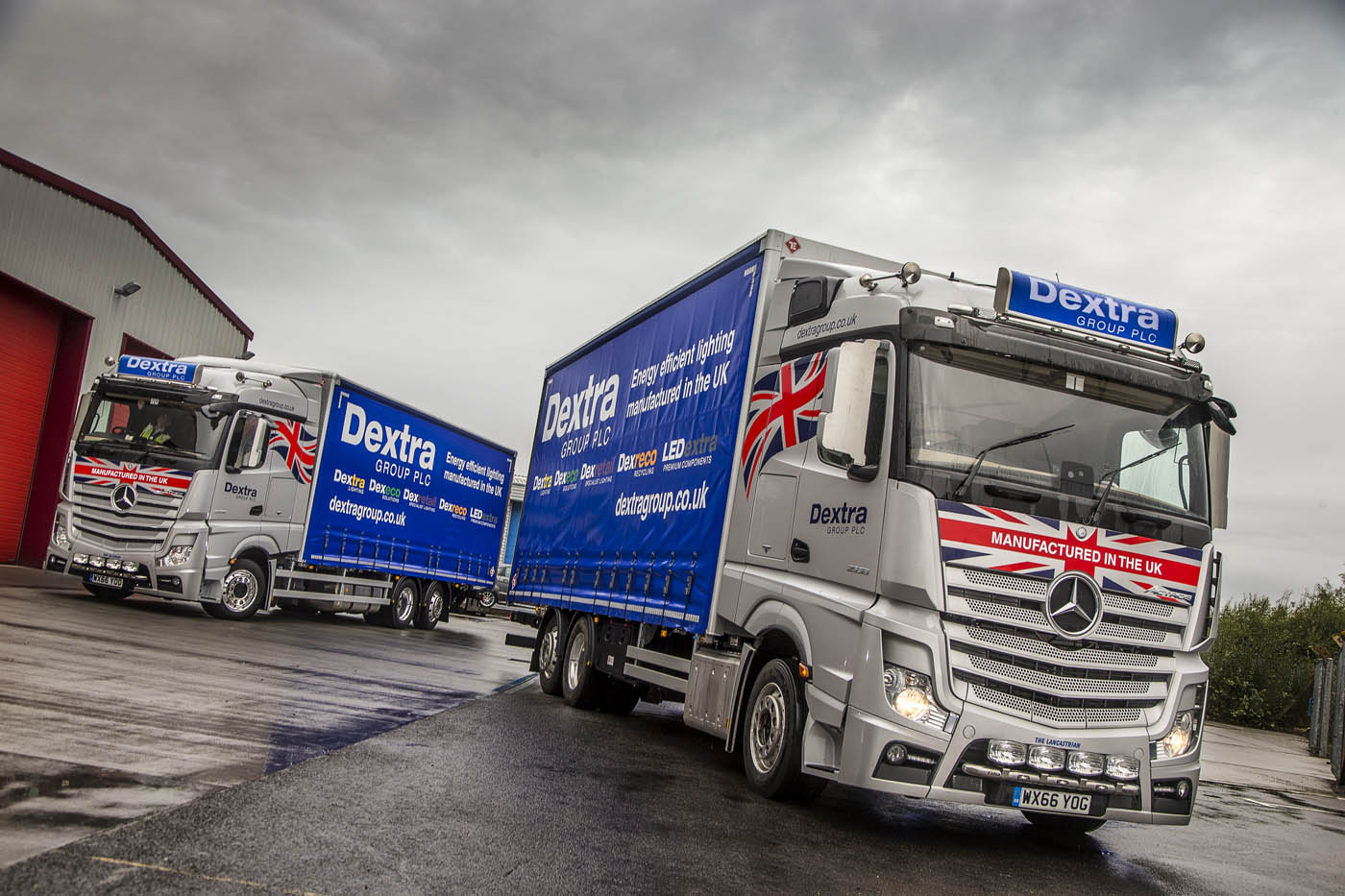 Founded in the late 1970s by Rupert Martin, who remains Chairman, Dextra Group plc comprises seven subsidiary companies covering all facets of the lighting industry. It produces an average of 5,000 luminaries every day, which it delivers to a diverse range of customers. Dextra’s vehicles also collect end-of-life products which it processes under WEEE (Waste Electrical and Electronic Equipment regulations).

Rygor Truck Sales Executive Marcus Cahalin commented: “Tim and his colleagues run a highly professional transport operation with some of the best looking vehicles on UK roads. Our commitment to Setting Standards means they can rely on the Rygor team to provide the industry’s finest sales service and after sales support.”