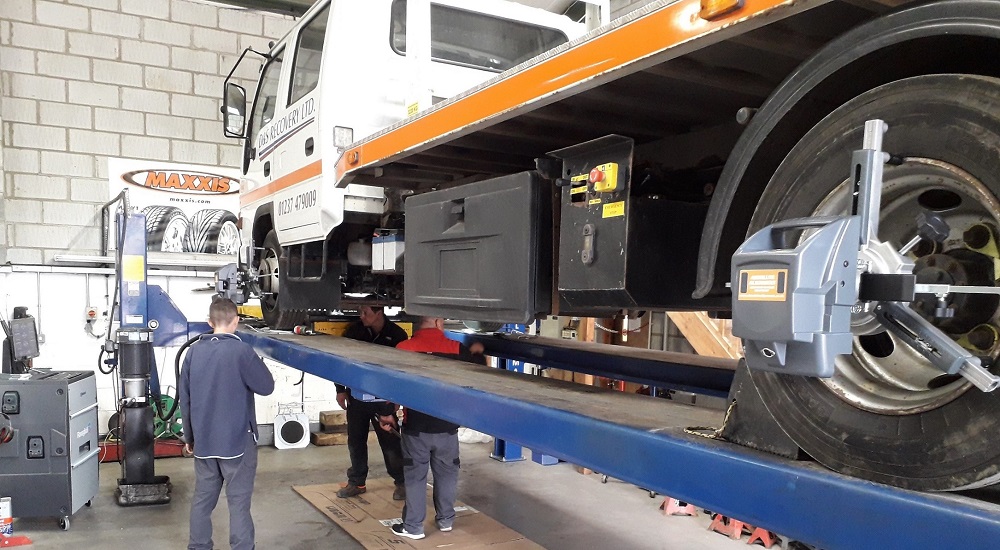 Being the UK’s leading provider of the latest 3D, digital and Bluetooth wheel alignment equipment, Absolute Alignment showcases the performance of its high-end products via hotly-contested domestic and international motorsport.

The Farnborough-based outfit will be demonstrating its latest technologies as part of the all-new MotorsportDays.LIVE event this coming weekend (2-3 November), at Silverstone Circuit – after having supplied teams competing in a total of five motorsport disciplines this year.

New for 2018 Absolute Alignment became an Official Technical Partner to Power Maxed TAG Racing in the BTCC. Martin Broadhurst, Technical Director for Power Maxed TAG Racing & PMR, comments, “Within elite level motorsport, we are fighting to extract the last 1/1000ths of a second from the cars, and so our steering and suspension setup has to be the best it can possibly be.

“In our best year to date, forming a Technical Partnership with Absolute Alignment has proved to be a fantastic move for us as a team. In just our second race after forming the partnership, PMR driver Senna Proctor achieved a landmark victory, battling from P27 to P1 and taking the chequered flag, in a car setup using the same Absolute Alignment equipment we use for all our road car alignment services.

“The support provided by Chris [Dear] and the team has been absolutely second to none, and we’re looking forward to many years working together, within both the BTCC and other forms of motorsport.”

The Citroën C1 Challenge is a grassroots endurance series in which Absolute Alignment has had an all-season entry and plans to race in again throughout 2019.

Visit www.absolutealignment.co.uk for full details on Absolute Alignment, and to book your wheel alignment demonstration. Find out more about MotorsportDays.LIVE: www.motorsportdays.live.