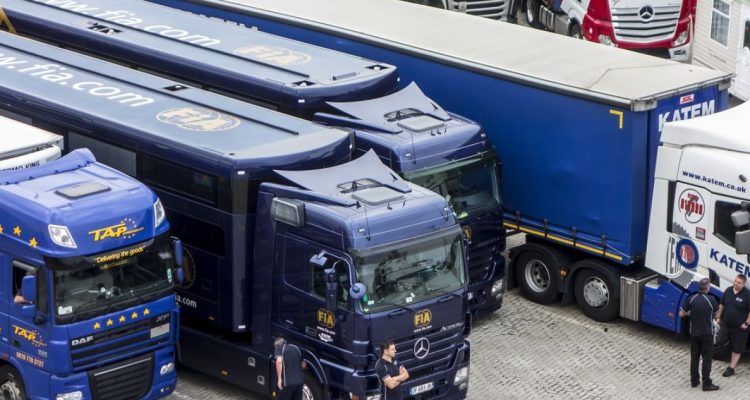 The Government is hoping to ease pressure on the country’s supply chains caused by the driver shortage by temporarily extending so-called ‘cabotage’ rights.

The Department for Transport (DfT) proposals, set out in a consultation launched yesterday (October, 14), mean foreign operators that come into the country laden with goods can pick up and drop off goods an unlimited number of times for two weeks before they return home.

Currently, hauliers from the EU can only make up to two cabotage trips within seven days.

“The temporary changes we’re consulting on to cabotage rules will also make sure foreign hauliers in the UK can use their time effectively and get more goods moving in the supply chain at a time of high demand.” 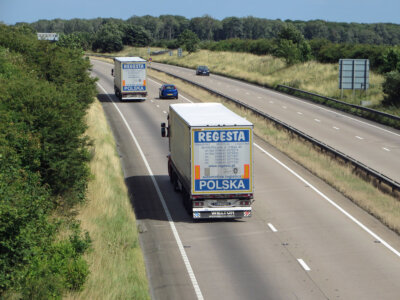 The temporary measures, which are subject to a one-week consultation, would come into force towards the end of this year for up to six months.

The relaxation would apply to all types of goods but is likely to be particularly beneficial to food supply chains and goods that come via ports, says the DfT.

The Government announced a raft of measures on Monday, September 27, in an effort to plug the shortfall in HGV drivers, estimated by the Road Haulage Association (RHA) to be around 100,000.

It followed changes to the HGV driving test, which aim to make it easier for the industry to recruit new drivers.

“These measures are working – we’ve been seeing up to three times more applications for HGV driving licences than normal as well as a deserved rise in salaries.”

However, after concerns around fuel deliveries to petrol stations resulted in panic buying and closed forecourts, the Government was forced to act again to help alleviate the HGV driver crisis by extending the temporary visa scheme.

Originally, the Department for Transport (DfT) said that 5,000 HGV drivers would be able to come to the UK for three months in the run-up to Christmas, providing short-term relief for the haulage industry. The visas would be valid until December 24.

However, in the face of mounting pressure it was forced to expand the scheme, with temporary visas made available to 300 overseas fuel drivers “immediately” to help with deliveries to petrol stations.

It said foreign drivers would be able to work in the UK until the end of March and 4,700 visas intended for foreign food haulage drivers would now be extended by two months, lasting from late October to the end of February.

The Government says that temporary visas are not a long-term solution and businesses must make long term investments in the UK domestic workforce to build a high-wage, high-skill economy, instead of relying on overseas labour.

Efforts to raise the profile of the road haulage sector and encourage people into the career are also already proving successful, it claims, with up to around 16,500 hits per day on the new GOV.UK becoming a lorry or bus driver site – while the DVLA has seen up to 3 times the number of applications for provisional HGV driving licences than normal levels.

The consultation to temporarily amend cabotage rules will run until 21 October.