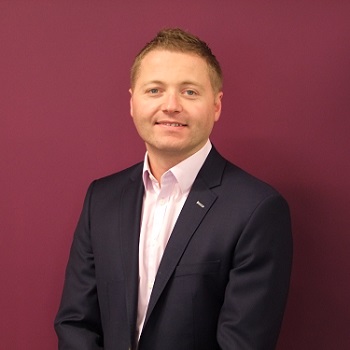 In fact, the UK is now the third biggest market in the world for vehicle leasing behind China and North America, with leasing volumes hitting $92.45bn.

So, what’s next for an industry going from strength to strength? Tom Preston, Managing Director of Hippo Leasing explores the trends we can expect to see shaping the leasing market in 2020…

Since the Brexit vote in 2016, the automotive industry has seen its fair share of negative consequences.

There have been large-scale job losses at some of the UK’s biggest vehicle manufacturing facilities which have either recently closed or reduced their facilities. Nissan in Sunderland, MINI in Oxfordshire and Ford in Bridgend to name but a few.

The UK market has also been slapped with surcharges on new vehicles in anticipation of rising business costs after Brexit, like Porsche’s precautionary 10 percent tariff, pushing up the cost of buying new for consumers.

However, in contrast, the car leasing sector is seeing positive financial growth from Brexit. In times of economic uncertainty, consumers shy away from making big purchases so the option to get a new car but pay manageable monthly repayments is increasingly appealing.

As a result of a growing personal and business customer base, car leasing’s worldwide market share is expected to grow by 14.63 million units at a compound annual growth rate (CAGR) of 14 percent between now and 2023.

#2 The death of the company car?

Not yet. But the company car concept is evolving.

Changes over the years to the amount both employers and employees pay for a company car has forced many to reconsider this benefit. Today, a company car will typically add £800-£3000 to a worker’s annual tax bill depending on its emissions.

While we don’t expect to witness the death of the company car just yet, as drivers of zero or ultra-low emission vehicles can still benefit, the rise in popularity and affordability of personal leasing will continue to change the landscape.

In the next year we can expect to see more employers make the switch from company car schemes to offering staff travel allowances. This is good news for the leasing sector and will drive even greater competition in the market.

The way we sell motor finance is undergoing a shake-up. The UK’s financial watchdog (the FCA) announced in October that it would remove the financial incentive for brokers to increase the interest rate customer’s pay, in theory saving consumers £165 million a year.

Some in the motor finance industry may be worried about how this will impact their employees and profits. However, clear rules and consistency are both positives for the sector, boosting consumer confidence in car leasing and ensuring best practice is followed by all in the market.

With more control over the final interest rate, lenders will be able to profit from distributing a greater volume of loans, incentivising them to offer competitive prices, delivering consumers a better deal and boosting competition in the market.

According to the BVRLA, vehicle rental and leasing companies are leading the transition to cleaner transport, with 100 percent of the car rental fleet and 96 percent of leased cars being CAZ-compliant.

2020 could also be a landmark year for the supply of EVs as several major manufacturers launch volume models into the UK market.

So far, one of the major barriers holding back EV adoption in the UK has been a lack of public infrastructure. The Department for Transport is ramping up its promotion of the grants on offer to aid the installation of chargepoints on the street, at workplaces, and at home which should boost take up in 2020.

The development of motor vehicles that are compact, cheap to run and sustainable could be the way for leasers looking to target city-dwellers who might not a car is a viable option.

With an increasing UK population, it inevitably means more city congestion. In a quest to ease congestion and combat poor city air quality, electric city cars like Renault’s Twizy are making their mark. This is because they are much more lightweight, efficient and less polluting than their fellow hatchback counterparts.