WLTP & RDE: What are they? And what do they mean to businesses? 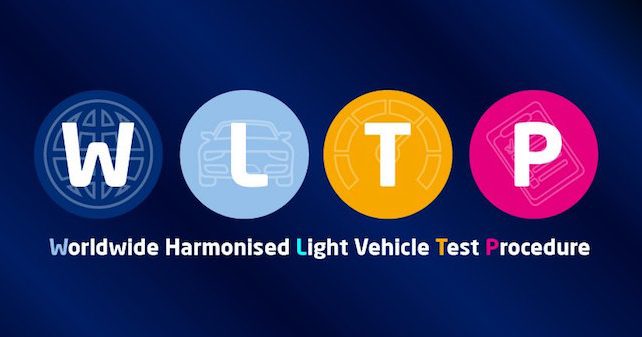 Managing a fleet is by no means easy, especially when it’s just a small part of your business operation. Add to this the fact that these recent legislation changes will impact you as a business owner, such as the 2040 ban on petrol and diesel vehicles, or the clean air strategy where drivers are starting to see Clean Air Zones (CAZ) pop up in cities across the UK, and the level of difficulty rises.

In addition, there are two other regulation changes which are causing some confusion amongst company car drivers; WLTP (Worldwide harmonised Light-duty vehicles Test Procedure) and RDE (Real Driving Emissions tests). These were introduced in September 2017, replacing the New European Driving Cycles (NEDC). These new regulations have caused a lot of confusion, not only around what they are, but what they mean for businesses and company car drivers. In fact, these changes might drastically affect the tax and type of car you choose for your fleet.

So, how do they work? Why have they been brought in? And what will they mean for the vehicles we drive? To demystify this topic, LeasePlan UK has answered business owners biggest WLTP and RDE questions.

WLTP is a new method for measuring both carbon dioxide (CO2) emissions and fuel consumption.

Like with NEDC, WLTP tests still take place in the laboratory. However, they involve longer tests under more varied conditions, featuring more realistic driving behaviour. As a result, the CO2 and MPG figures recorded will more closely match the vehicle’s performance in real life.

Following the recent emissions mishaps, this will be hugely beneficial to businesses, as it will give them more accurate predictions of their fleet costs; from fuel to tax.

How will WTLP come into force?

The answer is different for cars and for vans.

For cars, WLTP came into force on 1st September 2017. From that date, all new car types had to undergo the new tests – however, existing models were exempt for the first year. From September 2018, all newly registered cars have had to go through WLTP testing.

Whilst new WLTP figures are available from manufacturers for all new cars (registered after Sept 2018), the UK Government doesn’t intend to use these figures for tax purposes until 2020. This is in order to avoid a sudden, painful spike in company car tax rates. The delay allows both manufacturers and businesses to get up to date with the new figures and their implications.

What does it mean for fleets?

There are three main ways in which fleets and their drivers will notice the move to WLTP, taxation, non-taxation effects and choice.

Because WLTP means more accurate – and therefore higher – emissions figures, it could affect taxes that are tied to CO2 emissions. Some cars could be pushed into higher tax bands than they occupied under NEDC.

The taxes that will be affected include:

An Ultra-low Emission Vehicle (ULEV) is defined as one that emits 75g CO2/km or less. Some cars may be pushed above this threshold by WLTP tests.

This could remove those cars’ eligibility for certain financial benefits, including:

In the short term, some manufacturers are changing their vehicle line-ups in response to the new emissions test – including withdrawing particular engine types. This could affect the range of vehicles that are available to customers, as well as the speed of certain vehicle deliveries.

In the longer term, manufacturers may prioritise cleaner vehicles on their production lines – including electric vehicles (EVs). With other measures being introduced to encourage greener motoring, such as the spread of Clean Air Zones (CAZs), now might be the time to consider EVs for your fleet.

How will WLTP affect van taxes?

Fewer van taxes are linked to emissions – at least currently – so the effect on tax bills will be relatively limited.

However, the Government is working on linking VED for vans to emissions. Alongside the 2018 Autumn Budget, it published a document with an ‘indicative’ outline of the new system, dividing vans into two different weight classes and then putting them into different bands according to their CO2 emissions.

The document also confirmed, however, that the Government intends to consider the effect of WLTP on emissions data – and structure the new VED system accordingly.

What are RDE tests?

RDE tests have been designed by the European Commission to tackle the large discrepancy between the emissions levels recorded in NEDC tests and those actually produced on the road, especially when it comes to nitrogen oxides (NOx).

As opposed to NEDC and WLTP, which are conducted in the lab, RDE tests take place on real roads. Vehicles are fitted with a Portable Emissions Measurement System and driven for 90 minutes on urban and rural roads, as well as on the motorway.

In order to be approved, new cars and vans must meet the Euro 6 standard, which sets limits for emissions of NOx, carbon monoxide and particulate matter. And, from September 2018, every new vehicle will have the Euro standard to which it has been certified displayed on its V5c registration document. You can find out if your current vehicle meets the standard by using this free vehicle emissions checker.

When do RDE tests come in?

How will RDE impact taxes

As of 1st April 2018, new diesel cars have faced higher first-year VED rates than petrol ones with the same CO2 emissions. But Euro 6d cars are exempt from this change. Euro 6d cars will also not have to pay the CCT diesel supplement, which was increased from 3 percentage points to 4 on 6th April 2018.

All plug-in hybrid and fully electric vehicles (EVs) will also be tested under the new WTLP regulations. For full EVs, the new test should give businesses more realistic driving ranges, which will be invaluable to all businesses looking to switch their fleets to electric.

2019 is set to be a big year for businesses of all sizes, with Brexit looming on the horizon and the additional pressure of trying to reduce carbon emissions. Whilst your company car fleet may be the last thing on your mind, not keeping up with legislation changes or monitoring vehicles’ CO2 figures could be incredibly costly. There is still time before WLTP regulations come into effect to reassess your current vehicle fleet to minimise any potential tax increase. But this new regulation should also be a wakeup call for businesses who haven’t considered switching to electric vehicles, or a nudge for those who have to get their plans in place before April 2020.