Cycling UK has published a report highlighting how ‘failings in the UK’s road justice system’ have allowed ‘dangerous drivers to escape disqualification and cause death and injury on the roads’. 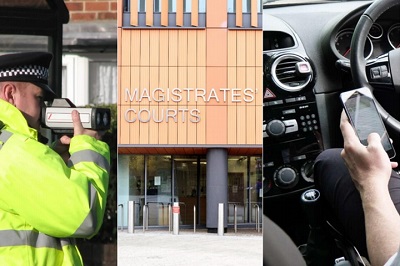 Figures show that more than 83,000 people escaped an automatic driving ban due to ‘mitigating circumstances’ between 2011 and 2020.

The report focuses on two motorists whose penalty points from driving offences would normally have resulted in a ‘totting up’ ban, but who were allowed to keep their licences after pleading ‘exceptional hardship’.

In each case, they were later imprisoned for causing death by dangerous driving, ‘leaving the families of their victims facing real hardship and heartbreak’.

Christopher Gard accumulated eight convictions for using a mobile phone while driving but escaped a ban in June 2015 by arguing that it would cause him to lose his job.

Six weeks later, while texting behind the wheel, he crashed into the back of cyclist Lee Martin, killing him. Gard tried to cover up his actions by deleting his texts. He was later jailed for nine years for causing death by dangerous driving.

In 2004, Kurt Sammon ran over 13-year-old Michael Weaver, who died from serious injuries including a severed spinal cord. Sammon, who had taken methadone, failed to stop and abandoned his car two miles away.

According to Cycling UK, he was reported to have served just three months in prison after admitting failing to stop and report an accident, and having no insurance or MOT.

In October 2018, following mobile phone offences, Sammon escaped a ban by pleading exceptional hardship, saying it would affect his job and his ability to care for his mother.

Three months later, Sammon was fielding a call on his hands-free mobile when he jumped a red light in his van and hit 30-year-old motorcyclist Louis McGovern, who died from his injuries the following day.

Sammon was convicted of causing death by dangerous driving and jailed for seven years.

The report also highlights several other cases of drivers, including celebrities such as actor Steve Coogan, former model Katie Price and singer Ian Brown, who all escaped a ban using the exceptional hardship argument.

Cycling UK is calling for laws to be overhauled.

Duncan Dollimore, Cycling UK’s head of campaigns, said: “If you end up with 12 or more points on your licence the court has to disqualify you from driving, unless this would cause exceptional hardship.

“But as these cases show, that loophole is exploited every day, with inconvenience caused by a driving ban often being enough to pass the ‘exceptional’ test.

“It’s families such as Louis McGovern’s and Lee Martin’s who really suffer exceptional hardship when the courts put the retention of someone’s licence to drive above road safety, allowing irresponsible people to carry on driving until they cause further harm or death on the roads.

“The exceptional hardship law isn’t delivering justice and doesn’t reduce danger on our roads, and when road traffic laws don’t do that MPs should be asking ministers why they’re not being changed.” 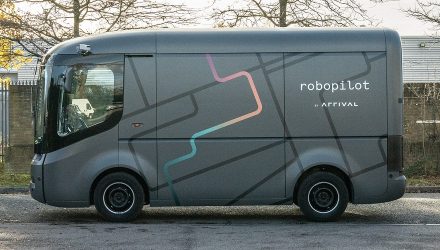 Autonomous driving of commercial vehicles has been a subject of debate for years, but the idea now seems to be becoming reality with manufacturers and operators beginning