This year, the Department for Transport are reviewing the laws regarding using your phone behind the wheel. Currently, if you are caught using your mobile behind the wheel you could receive a penalty of six points and a £200 fine. You could even lose your licence if you passed your driving test in the last 2 years. 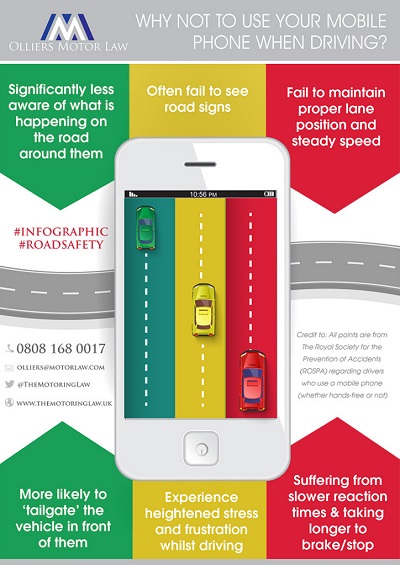 Leasing Options has dissected what the new 2021 mobile phone driving laws will mean for motorists and have also uncovered ways you could be breaking the law with your mobile phone behind the wheel without knowing it.

In 2003 when the offence was first introduced, the main reason why people used a mobile phone was to communicate either with another person or with the internet (classed as “interactive communication”).

Currently, the Department for Transport are looking to broaden the offence to include using your phone for purposes other than communication. The proposed changes include a driver using their handheld phone to:

The wording will also be revised to encompass phones and “other hand-held interactive communication devices” such as tablets, gaming devices and electronic notepads.

It’s important to note that the law does will not affect using your phone in hands-free mode or when the device is mounted in a holder/cradle.

An exact date for these changes to come into effect has not been announced, however, with the consultation now closed, they can be expected to be brought into law later this year.

The new laws will also include an exemption so that hand-held mobile phones can be used to make contactless payments using a mobile phone at drive-thrus and other similar locations. 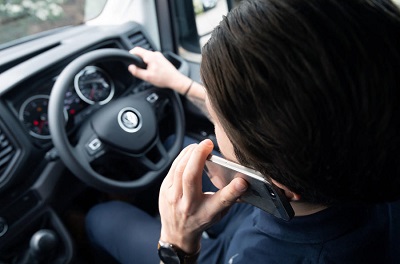 Four Ways You Might Be Breaking the Law Without Knowing It

Using Your Phone While the Engine is Running

If you are stopped in traffic, pulled up on the side of the road, or even paying for your food at a drive-thru it is technically illegal to use your hand-held phone or similar device while your engine is still running,

Mike Thompson from Leasing Options has said: “All drivers should be wary of the UK’s phone driving laws. Not only is it dangerous to operate a hand-held device while driving, but it can also land you in some serious trouble. Even before the potential new changes are implemented this year, you could still commit an offence by using your phone at a drive-thru, petrol station or car park if your engine is still running. Don’t forget to turn off your engine just to be safe!”

Programming Your Satnav while driving

Your Phone Must be in a Cradle

You will be committing an offence if at any point you choose to hold your phone/device in your hand whilst driving. To use your phone as a sat nav, it must be suitably positioned in a cradle and ‘hands-free’.

The law does not state where exactly your phone should be positioned in the car as long as it doesn’t obscure your view. However, using your phone for any reason whilst it is in the centre console would not be classed as hand-free and can also land you in trouble.