Each day during the Government’s official coronavirus briefing, we are shown how the use of motor vehicles has fallen by around 60% since February – as a result of the ‘lockdown’ restrictions first announced on 23 March. 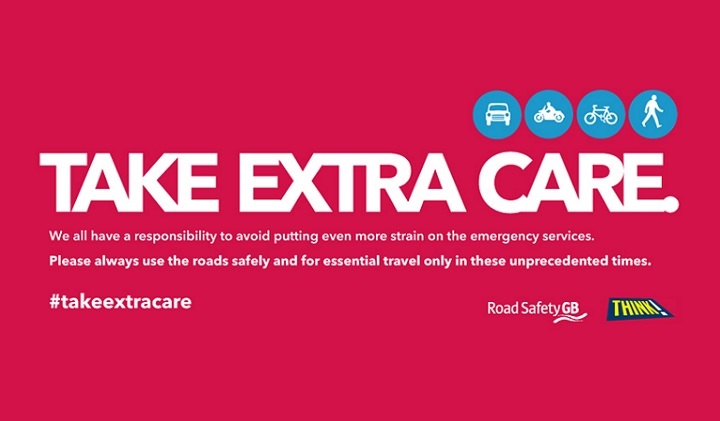 While these figures are welcome in the fight to slow the spread of coronavirus – evidence highlights that fewer cars being on the road is creating a culture where more drivers deem it acceptable to flout speed limits.

Greater Manchester Police says it has caught more than 6,200 drivers speeding since lockdown began. This includes one driver doing 115mph on a 40mph road, with another reaching speeds of 129mph on the M62.

In London, TfL reports average speeds in some areas have increased by more than 50%.

Anecdotal evidence is also damning, with a survey by the RAC suggesting nearly half (44%) of people have witnessed an increase in drivers breaking the speed limit during the lockdown period.

Roads with 30mph limits appear to be the most abused, with 23% of the 2,020 people questioned by the RAC saying they had seen drivers ‘very obviously breaking the law’ by going too fast.

The RAC labels its research as ‘frightening’.

Simon Williams, RAC road safety spokesperson, said: “Since the Government told the nation to stay at home many roads have become almost deserted so it’s a concern this is being seen by some as an opportunity to illegally ignore speed limits.

“Couple this behaviour with the fact there are many cyclists on our roads and more people are having to walk in the road to maintain a safe distance from others on pavements and you have a recipe for disaster.”

Alarm over rise in ‘dangerous’ and ‘selfish’ driving behaviours
As outlined by the RAC, the issue of speeding is causing concern and anger within the road safety community.

Stakeholders are united in their call for drivers to help reduce the strain on the emergency services during the coronavirus pandemic – by reducing their risk of being involved in a collision.

A key component of that message relates to speed, with DfT figures showing in 2018 excessive speed was responsible for 4,652 road traffic collisions – the equivalent of 13 per day.

However, the RAC says this figure may underestimate the true number of collisions, due to how data is recorded.

Last month, Road Safety GB launched a campaign in partnership with DfT’s THINK! team to highlight the full impact traffic collisions have on the NHS.

The campaign urges drivers to only make essential journeys – and take extra care every time they do travel.

Alan Kennedy, executive director of Road Safety GB, said: “There has been a noticeable shift in general driving behaviour since the start of lockdown, with some drivers taking unnecessary risks, such as cutting corners, crossing white lines on bends and jumping red traffic lights.

“While these actions are very dangerous in themselves, coupling these behaviours with an increase in speed increases the overall risk to the driver, the passengers, and other vulnerable road users such as cyclists and pedestrians.

“By reducing speeds to safe levels we can give ourselves far more time to react to the unexpected, and reduce the risk of someone needing treatment in our already overstretched hospitals.

“The message is very clear, take extra care – slow down”

Meanwhile, RoSPA has also criticised those who are using quieter roads as an excuse to break the rules – and is urging them not to be ‘selfish’.

Nick Lloyd, head of road safety at RoSPA, said: “We’re alarmed by the latest reports of speeding across the UK, and the reckless disregard with which some drivers treat the rules of the road just because they are more quiet than usual.

“Excessive speed at any time is dangerous, and you put other people, as well as yourself, at risk of death or serious injury. Please don’t be selfish, and stick to the limit – it’s there for a reason.”