New vehicle technology could save drivers £327 million in speeding fines

Technology which can read road signs could save drivers £327 million* in speeding fines according to new research by SEAT. 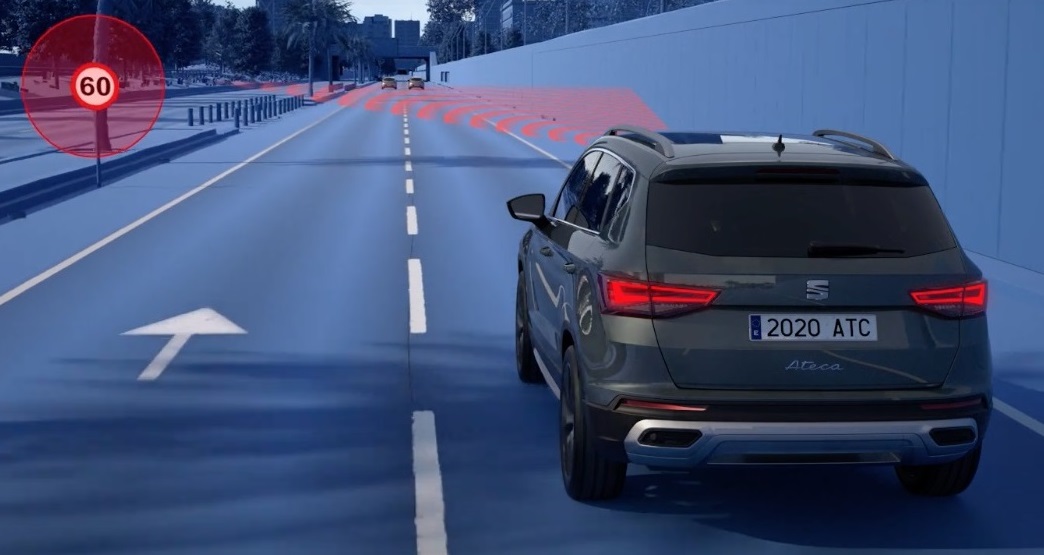 The study of 2,000 UK motorists found that nearly 10% admitted to being caught speeding annually, resulting in potentially millions of pounds in fines every year.

Analysis by the Spanish car brand, which also found that over three quarters (76%) of drivers don’t always know what speed they are travelling at, comes as the all-new SEAT Leon – featuring the Dynamic Road Sign Display technology – continues to be a sales hit in the UK.

The innovation developed by SEAT helps drivers stick to the speed limit – especially useful in areas with changeable limits.

Using a front-mounted camera which detects speed limit signs, the latest SEAT models can automatically adjust their speed according to the limit in that area. It will also scan school zones and other road signs.

Statistics compiled by the Department for Transport (DfT) show over 50%** of cars exceeded the speed limit on 30mph roads; while 47% of cars broke the limit on motorways in 2020.

With SEAT’s own research revealing the high number of motorists caught every year, around 40% of drivers said they would want a similar technology to SEAT’s Dynamic Road Sign Display technology on their car if it was available.

As motorists return to the roads as lockdown eases, the lack of recent experience behind the wheel could be making drivers less confident, making the technology even more important in helping reduce speeds according to local limits, as well as minimizing potential fines.

Richard Harrison, Managing Director of SEAT UK, commented: “It’s certainly eye opening to see that significant numbers of motorists aren’t necessarily always aware of their own speeds, but thankfully there is in-car technology – like our Dynamic Road Sign Display – already on the market to make drivers safer on the road.”

The SEAT Leon has a strong track record since its introduction in 1998, selling 2.3 million vehicles worldwide, with each generation proving more popular than the last. The latest model has introduced efficient plug-in hybrid variants that continue to earn plaudits for their driving dynamics, practicality and economy.