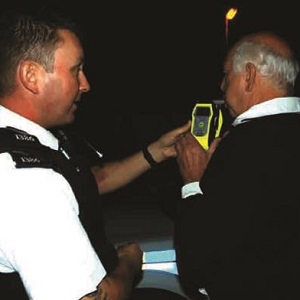 Motorists are being issued with a drink-drive warning as police gear up for their annual Summer crackdown.

The number of roadside breath tests carried out in June is 50% higher than any other month apart from December.

Police breathalysed 36,041 drivers in England and Wales in June 2017 (the latest year for which figures are available).  This compares with a monthly average of 23,840 across the rest of the year, excluding the Christmas period.

Nearly one in ten motorists (3,275) tested positive in the June crackdown and were arrested.

Almost a fifth (17.8%) of drink drive convictions are ‘morning after’.  And a third of all breath tests after an accident are conducted in the morning (between 7am and 1pm).

“With warmer weather, sporting events and barbeques, June is a month when motorists are more likely to unintentionally drink drive the morning after socialising – posing a risk to themselves and other road users.”

The number of people killed in road accidents where the driver was over the drink drive limit has risen 45% in two years.

Figures released by the Department for Transport in February suggested there were 290 such deaths in 2017, compared with 200 in 2015.