Police Scotland has credited intelligence led tactics after one in 28 drivers stopped during its summer campaign were found to be breaking drink or drug driving laws. 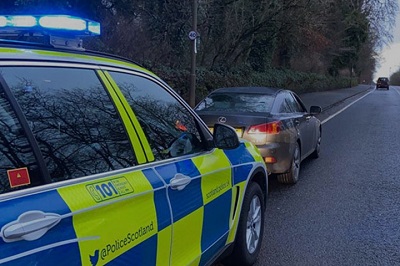 In total, 7,457 drivers were stopped between 27 June and 10 July – resulting in 264 alcohol or drug driving offences being detected.

Of the drivers detected over the drink-drive limit, 27 were caught the morning after.

Supt Simon Bradshaw, deputy head of road policing, said: “Our campaign this year was intelligence led in order to target areas where we know people take unnecessary risks by alcohol or drug driving.

“It is disappointing to see that despite our advice and that of our road safety partners, some people are still willing to put themselves, and other innocent members of the public, at risk by drink or drug driving.

“Drink or drug driving is known to be a contributory factor in serious injury and fatal collisions.

“By driving under the influence of alcohol or drugs, your actions could be responsible for causing someone’s death or your own, leaving behind grieving family and friends.”