A leading police institution has highlighted a ‘clear and pressing’ need for authorities to recognise the importance of roads policing in reducing fatality figures. 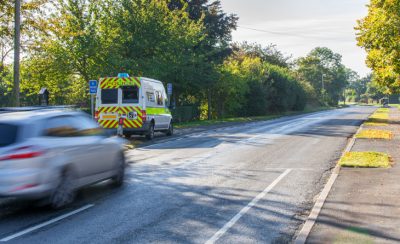 In a new report, Her Majesty’s Inspectorate of Constabulary and Fire & Rescue Services (HMICFRS) says roads policing is seen as ‘less of a priority than it should be’ – given a plateauing in road deaths over the last decade.

HMICFRS found that while police forces are carrying out ‘some good initiatives’, the effect of these is unclear due to a lack of analysis and evaluation. It adds that when good practice is identified, it isn’t shared across forces in an effective manner.

At a national level, the HMICFRS report concludes the level of support provided by police forces for road safety campaigns ‘lacks consistency’, which adversely affects the effectiveness of such initiatives.

It also finds many officers haven’t been given the appropriate training and support to allow them to carry out a critical role.

The HMICFRS calls on the Government, police and crime commissioners, chief officers, and the College of Policing to recognise the importance of roads policing.

Matt Parr, HM inspector of constabulary, said: “Our inspection suggests that roads policing, despite the number of road deaths plateauing and likely to increase, is seen as less of a priority than it should be.

“We found that almost half of local crime plans didn’t include reference to roads policing. This, along with an unclear national strategy, is doing little to help reduce the number of deaths and life-changing accidents which occur on our roads.

“Spending on roads policing has been cut by 34% resulting in fewer officers dealing with offences that cause road deaths.

“However there is a clear, and pressing, need for Government, police and crime commissioners, chief officers, and the College of Policing to recognise the importance of policing in reducing death on the roads.

“We have made recommendations to help the police improve the effectiveness of road policing in England and Wales. In doing so, we are clear, roads policing is not optional.”

Announced alongside a call for evidence, the review sets out to identify how the use of existing enforcement capabilities, and any enhancement of these, will deliver the biggest impact for road user safety.

This call for evidence, which runs until 5 October, seeks views on:

Baroness Vere, roads minister, said: “Since 2010 we have seen a plateauing in the number of people killed and seriously injured on our roads after years of steadily declining numbers.

“For this reason, the DfT has instituted a roads policing review working with the Home Office, the National Police Chiefs’ Council and other agencies.

“This call for evidence seeks to identify what makes a difference and how the capability and capacity of enforcement services can be enhanced.”