The English Councils Making the Most Surplus Cash from Parking

But what about the surplus cash produced? The report ‘Local Authority Parking Finances in England’ revealed, in the last four years, car parking charges have generated 32% more surplus for councils in England.

This data, alongside the news many councils are planning to increase their parking charges from April 2019, encouraged Click4reg.co.uk to find out which councils in England – outside of the capital – are currently making the most in surplus parking charges. Money which, by law, is to be used for transport projects only*. 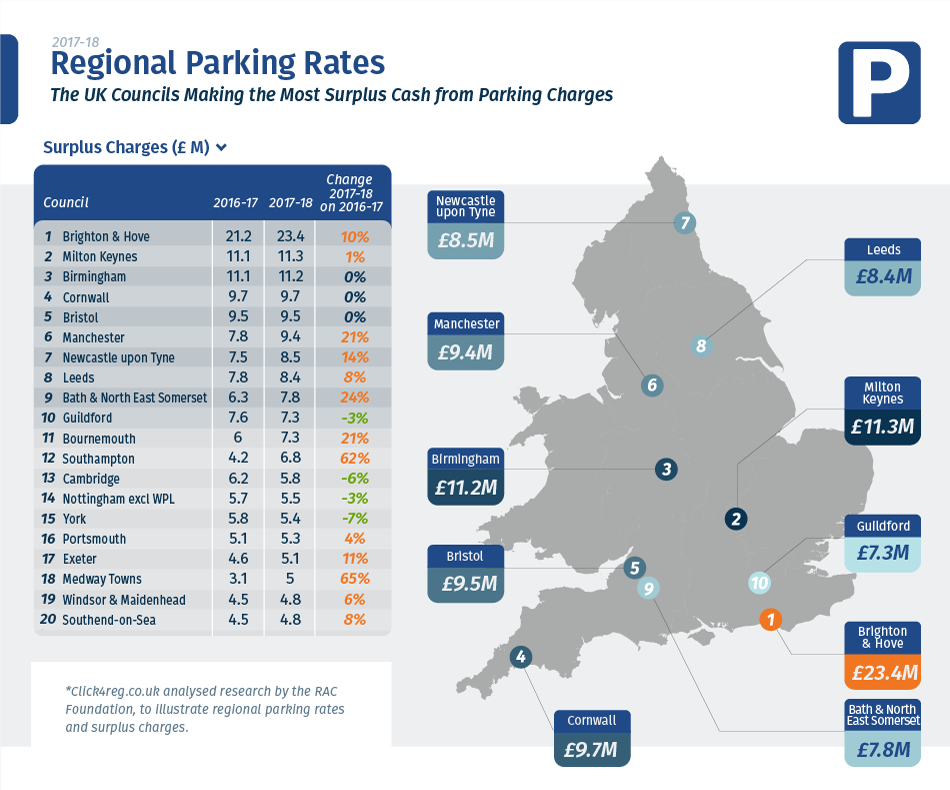 Click4reg found, outside of London, Brighton & Hove council is currently making the most surplus cash from on and off-street parking – at £23.4 million. A 10% change on the £21.2 million surplus received in 2016-17.

Considerable excess cash is also raked in by councils in Cornwall (£9.7 million), Bristol (£9.5 million) and Manchester with £9.4 million. For Manchester, this represents a change of 21% on the £7.8 million surplus they received in 2016-17 and the fourth largest surplus change nationally.

However, some decreases can also be noted. On and off-street parking surplus fell by -3% in Guildford 2017-18; falling from £7.6 million the previous year, to £7.3 million.

*The on-street parking surpluses must by law be used for transport projects.