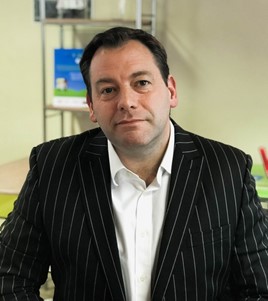 Despite the news that March car sales in the UK fell once again, by 3.4% compared to last year, there is a growing force behind electric vehicles bucking this trend. EV sales doubled in February compared to 2018 and there were over 125,000 electric and hybrids bought throughout Europe in March. However, this remarkable growth surge is despite government policy, according to employee green car scheme specialists Fleet Evolution.

Fleet Evolution’s Managing Director, Andrew Leech states, “We’ve seen a remarkable take up of plug-in hybrids and electrics on our scheme from drivers making the move from diesels, in fact 35% of our fleet is sub 75CO2 but survey after survey shows employees delaying the switch due to lack of clarity on future tax rates.”

Company car tax on the cleanest electric cars falls to 2% next year, making cars such as the I-Pace as cheap to run as a Ford Focus or equivalent on salary sacrifice schemes. However, the rates for 2021 onwards have not yet been released meaning only the brave or passionate are making the shift.

“It’s obvious to all that key issues are being kicked into the long grass with Brexit ongoing but with current pressures on environmental concerns, the motoring industry and innovation surely seems a simple win for the government. We urge the immediate release of 2021 benefit-in-kind (BIK) rates for all vehicles but especially electric cars and plug-in hybrids. Given the volatility on taxation of electric vehicles we’ve seen over the years the lack of clarity is holding back already phenomenal growth and sending mixed messages to manufacturers.
We want what the country wants, for the government to specify the road ahead for the next 3-4 years so that electric car uptake can move into third gear and beyond with the associated benefits for the automotive industry and environment.”