Further response to the government’s freeze on Company Car Tax 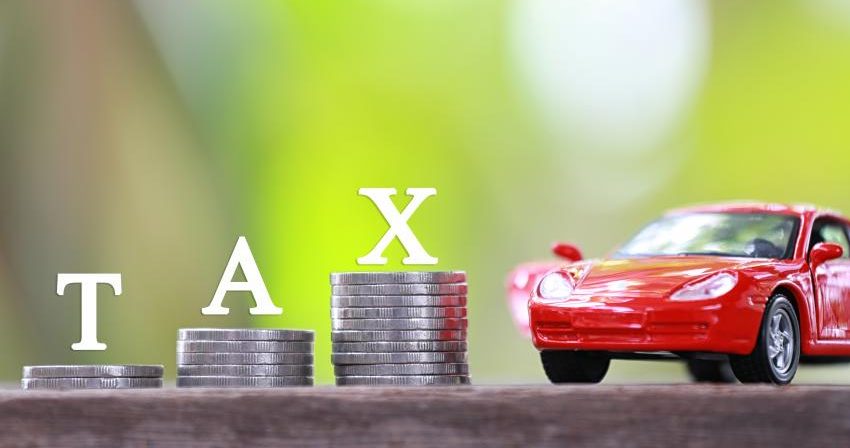 There has been a big response to the report that the government was finally listening to the industry and is going to freeze Company Car Tax on electric cars.

Mike Potter, managing director of DriveElectric: “At DriveElectric we’re pleased that at last the HMRC has taken notice of the advice from the fleet industry.

By making this positive change, HMRC are increasing accessibility to EVs and enabling the industry to grow.  Company cars turn into cars which feed the used car market, which in turn make EVs more available and affordable for consumers. This decision from HMRC could kick start a pure EV uptake.

Now is the time for auto manufacturers to provide vehicles at the right price so the industry can take full advantage of this incentive.

From our research we know that the infrastructure for charging is not an issue for the majority of prospective EV users who can charge at home. Most EVs only require one daily charge: range anxiety is now a thing of the past.

Finally, EV availability is a myth. We are ready and look forward to the demand and increase in transition to EVs from companies and business owners.”

Caroline Sandall, director ACFO: “The freezing of company car benefit-in-kind tax rates from 2020/21 for the vast majority of employees that already have a company car – or will be taking delivery of a new one prior to April 6, 2020 – is a token gesture. The rise from 2019/20 rates has not been cancelled.

“Indeed what might occur is that fleets and company car drivers may defer vehicle replacement for the remainder of 2019/20 and wait for the new lower tax rates to be introduced on April 6, 2020.

“The Government has acknowledged that evidence provided to it by the industry during the company car benefit-in-kind tax review showed that CO2 emission figures under WLTP testing were on average 20-25% higher than under the previous NEDC regime and in some cases up to 40% higher.

“It is ACFO’s belief that the reduction in rates for two years is unlikely to compensate drivers fully for the increase in emissions, although it will soften the blow.

“ACFO, in its submission, called for a continuous four-year view of company car benefit-in-kind tax thresholds to give employers and drivers certainty over future bills. However, the Government has chosen to only publish rates up to and including 2020/23. Amid a trend for longer vehicle replacement cycles, it is disappointing that the vast majority of drivers selecting new company car today do not know what their tax bills will be for the whole operating cycle of the vehicle.

“ACFO is pleased that all 100% electric vehicles will be taxed at 0% for 2020/21 before rising by one percentage point in each of the following two financial years. However, again it is a token gesture.

“The number of zero emission cars currently available is miniscule and lead times are lengthy so the real value of the 0% rating will be extremely limited. Most major motor manufacturers have announced plans to introduce numerous plug-in models over the next 18 months and the Government needed to take account of model launches and availability in reforming company car benefit-in-kind tax.

“Consequently, for many drivers plug-in vehicles are not suitable and the arrival of WLTP emission figures means that on ‘normal’ petrol and diesel cars the tax burden, will in most cases, rise. The impact of the change in emission testing on some models is a rise of perhaps 25-30g/km on some models, which pushes those cars into tax bands several notches up than currently.

“Furthermore, most company car drivers choosing a diesel model will remain exposed to the four percentage point supplement applicable to those models as there remains a dearth of RDE2-compliant diesel cars on which the additional tax burden does not apply.

“The Government must understand that many company cars are ‘job-need’ with little vehicle choice. That means drivers of those vehicles, who will in many cases will be high-mileage where the diesel option is best for operational purposes and possibly lower salaried, have no cash allowance option and so a limited opportunity to reduce, or control, their benefit-in-kind tax.

“Overall, ACFO’s belief is that the changes announced are not sweeping enough. The Government had a real opportunity to take a hold and force change much quicker by incentivising the take-up of zero and ultra-low emission cars over the long term. However, it seems to have calculated the amount of money that it wanted to raise from company car benefit-in-kind tax and merely tweaked rates accordingly.

“Consequently, more employees are likely to opt out of company cars despite the Government saying that it ‘recognised the value of the company car market in supporting the transition to zero emission technology’.

“That is undoubtedly counter-productive to the Government’s air quality improvement strategy and its push for take-up of zero and ultra-low emission cars to increase. Indeed, as ACFO told the Government employee migration away from company-provided cars to privately sourced cars is shown to increase CO2.

“Moving forward it is vital that fleet operators now talk to their vehicle leasing and fleet management providers as well as their tax advisers and review existing car schemes to reduce the exposure of drivers to rises in benefit-in-kind tax over the long term.”

Paul Hollick, chairman ICFM: “ICFM is relieved that the Government has taken at least some action to limit company car drivers’ exposure to higher benefit-in-kind tax bills as a result of increased carbon dioxide (CO2) emissions figures under WLTP testing when compared to NEDC testing.

“We had feared that the status quo would remain and thus the impact of higher CO2 emissions averaging 20-25% under WLTP would be ignored. So, this is welcome news although we were should really expect more.

“While the Government has slightly incentivised the take-up of zero emission models it has failed to take account of the lack of availability of those vehicles in today’s marketplace.

“For fleets and company car drivers to truly embrace the plug-in vehicle revolution, the Government needed to take account in reviewing tax rates of model launches and availability. Plug-in vehicles – and particularly zero emission models – remain a very niche product and what availability there is does not meet fleet and company car driver requirements in the majority of cases.

“That will change over the next two or three years as more models from mainstream manufacturers become available. Therefore, the Government needed to incentive the take-up of zero emission and plug-in vehicles through the benefit-in-kind tax regime over a much longer period of time as by April 2022 tax rates will be back to where they were at April 2020.

“The migration of employees out of company cars is well established as identified by HM Revenue and Customs’ data going back over many years.

“ICFM fears that the Government has not done enough in reviewing company car benefit-in-kind tax to either stop, slow down or reverse that trend.

“As a result, through its own company car benefit-in-kind tax strategy it is undermining one of its major policies – driving fleets towards a zero emission future.”

Edmund King, president AA: “We need a range of measures to encourage the uptake of electric cars and a zero rate company car tax is something we campaigned for including writing to the Chancellor.

“However, the catalyst effect for getting more nearly-new EVs onto the second-hand market would be much more effective with a three year exemption from company car tax.

“Hopefully the supply of decent EVs will improve so that company car drivers can take up this green option.”