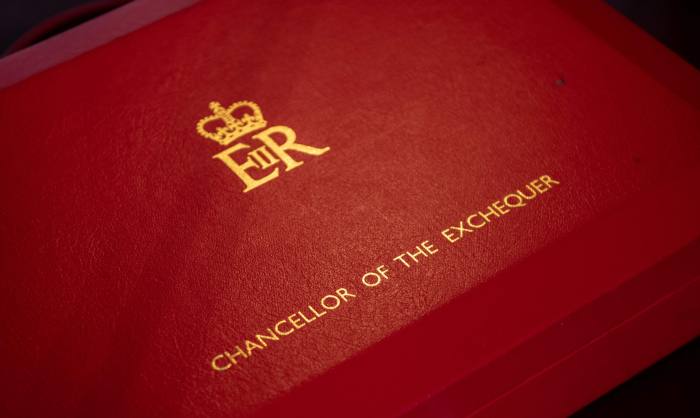 Yesterday, Phillip Hammond, Chancellor of the Exchequer, gave his final Budget before Brexit in March 2019. The general consensus would seem that the Chancellor didn’t go far enough in a number of key areas. The much heralding of the freeze in fuel duty was, of course, no surprise, but reductions in grants for electric vehicles and the stopping of the grant for hybrids, was a step in the wrong direction.

Some of the responses from leading figures in the fleet and transport industry:

LeasePlan UK responds to Budget and electric vehicles: “When it comes to grants for electric vehicles, Philip Hammond has allowed confusion to reign. Whilst we know that the 100% First-Year Allowances are continuing until 2023, the status of other incentives is far less certain. Only a few weeks ago, the Plug-In Car Grant was cut ahead of the expected time, whilst the home and workplace charging grants are set to disappear in March 2019. Today’s Budget offered no further clarity on these measures – which does little to help businesses who are trying to decide how to invest for the long-term.”

Mike Hawes, SMMT Chief Executive: “There are some welcome announcements in the Budget, including further funding for the industrial strategy, in particular the Stephenson Challenge and investment into infrastructure. Amid continuing Brexit uncertainty, however, the automotive industry was looking for a stimulus to boost a flagging new car market. We wanted to see more incentives for consumers to purchase the latest, most environmentally friendly vehicles.

“The forthcoming review into the impact of WLTP on Vehicle Excise Duty and company car tax must, therefore, ensure that motorists buying the latest, cleanest cars are not unfairly penalised. Industry looks forward to working closely with government on this review to ensure we encourage the newest, cleanest vehicles on to our roads rather than incentivising consumers and businesses to keep older vehicles going longer.”

ACFO chairman John Pryor comments: “… ACFO questions what has happened to the government’s ‘green’ agenda. Recently the government cut the Plug-In Car Grant and in the Budget it has failed to answer our call for a U-turn on the decision to increase to 16% benefit-in-kind tax on cars with emissions of 50g/km or below in 2019/20 and bring forward the already announced reduced rates, including the 2% threshold for 100% electric models and those with an electric mileage range of up to 130 miles, to April next year from 2020/21.

“Those twin decisions will, ACFO believe, only serve to dampen fleets’ enthusiasm for ultra-low and zero emission cars, at least in the short term, at a time when the government says it wants to drive out petrol and diesel engined vehicles from the UK car parc.

“Budget 2018 has been a waste of a golden opportunity for the Chancellor to provide both clarity and long-term stability to enable fleet decision-makers to shape company car policies. The fleet industry must now wait until spring 2019 to know the future shape of company car benefit-in-kind tax and, in the meantime, uncertainty continues to rule.”

Claire Haigh, Chief Executive of Greener Journeys, said: “The extension of the Transforming Cities Fund provides a welcome boost to towns and cities across the UK which are suffering from congested roads and illegal levels of air pollution, both problems which are exacerbated by too many cars on the road.

“However, the continued freeze in fuel duty will have a severe negative impact on air pollution and public health in the UK. With roadside air pollution causing up to 50,000 early deaths a year, we urgently need to tackle our air quality crisis and move away from our reliance on the car to more sustainable public transport.

“The fuel duty freeze has already made the price of fuel at the pump 13% cheaper than it would otherwise be resulting in 4% more traffic and up to 200 million fewer bus journeys over the past seven years. Greener Journeys research has also shown that it has caused an additional 4.5 million tonnes of carbon dioxide emissions and 12,000 tonnes of harmful NOx emissions.”

BVRLA call for a fair tax regime to reward clean choices. The BVRLA has welcomed the Government’s decision to conduct an urgent review into the impact of WLTP on Vehicle Excise Duty and company car tax.

In today’s Budget it was announced that the review would report back in time for the Chancellor’s 2019 Spring Statement. Commenting on the news, BVRLA Chief Executive Gerry Keaney urged the Government to publish a new set of tax bands as soon as possible: “It is great to hear that the Treasury is making plans to remedy any potential tax distortion caused by the transition to the new WLTP emissions standard in April 2020.

“It is vital that fleets and company car drivers are able to plan for the future, confident that they are working with more accurate emissions information and a fairer tax regime that rewards those who choose cleaner vehicles. These revised tax bandings can’t come too soon.”

The uncertainty around WLTP has also persuaded the Government to put off any decision to introduce an emissions-based regime for Van VED. In the Budget, it confirmed that this would not happen before April 2021. “This decision to postpone a CO2 based Van VED regime is great news for fleets,” said Keaney.

However, the BVRLA was dismayed to hear that the Budget included no reference to an early introduction for the 2% company car tax rate for electric vehicles.

“The Chancellor chose to ignore the overwhelming voice of fleets, motoring groups, business organisations, environmental groups and MPs – all of whom were united in calling for this simple tax measure to support the electric vehicle market,” said Keaney. “The Government has missed a golden opportunity to incentivise the most important market for electric cars and is in danger of undermining its own Road to Zero strategy. “

The BVRLA’s disappointment was shared by Neil Parish, Chair of the Environment, Food, and Rural Affairs Select Committee, one of dozens of MPs that had supported the association’s call. “By not bringing forward the 2% Company Car Tax rate for zero-emitting vehicles by one year the Government has signalled that transitioning to cleaner and greener vehicles is not a priority.”