UK warns of 7,000 truck-long queues in Kent due to Brexit

The UK government is warning of 7,000 truck-long queues in Kent in a “reasonable worst case” scenario due to Brexit, a stark assessment of the potential chaos when Britain leaves the European Union’s single market and customs union at the end of the year. 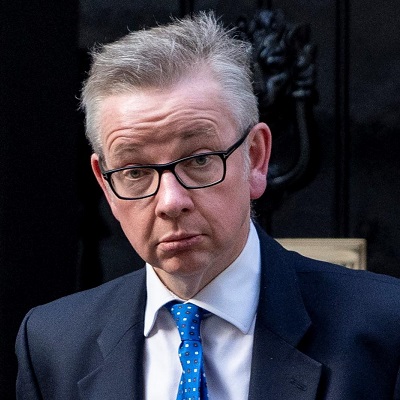 In a letter to Britain’s border industry, Cabinet Office minister Michael Gove said the flow of freight between Dover and Calais — a vital UK trade artery — could be reduced by as much as 80 per cent compared to normal levels. The government’s worst-case assessment is that as many as 70 per cent of trucks traveling to the EU may not be ready for new border controls, according to the letter.

“The biggest potential cause of disruption are traders not being ready for controls implemented by EU Member States on 1st January 2021,” Mr Gove wrote in the letter dated Tuesday, seen by Bloomberg News. “It is essential that traders act now and get ready for new formalities.”

Preparing for customs checks on trade with the EU is one of the biggest logistical challenges facing Boris Johnson’s government. Failure risks major disruption to commerce with the UK’s largest trading partner when the Brexit transition period ends on December 31st.

The government’s fear is that trucks will be stopped by EU officials for failing to have the correct post-Brexit paperwork, causing supply chain chaos and adding to the economic pain of coronavirus.

Mr Gove’s letter is the first time that a government minister has put their name to the predictions of significant upheaval at the UK-EU border in January 2021. Last week, the Guardian newspaper reported on a briefing document from civil servants which forms the basis of Mr Gove’s intervention, warning of long queues and disrupted freight flow.

David Savage, UK&I MD Geotab: comments “According to the latest reports, 40% to 70% of HGVs carrying essential goods to and from the UK may not have completed the necessary paperwork for their goods. This in turn may result in 70 mile, 2 day queues of lorries through Kent, not to mention steep fines. To suggest this is a “reasonable” worst case scenario in the lead up to the busiest time of year is very concerning. Businesses, whose very livelihoods are already in the midst of unprecedented uncertainty thanks to COVID-19, cannot possibly be expected to cater for this additional level of disruption. The life of the retailers and business over this Christmas period and New Year hinges on these plans, particularly as many cannot afford to stockpile and rely on an ‘on-demand’ supply chain over the coming months.

“Take a simple scenario of fresh goods. Reducing shelf-life by 2 days is almost unthinkable, especially at a time when consumers may once again begin stockpiling as infection rates continue to rise. Health supplies and PPE could also be stuck on roads or in these lorry parks rather than reaching those in desperate need of it.

“We urge the Government to invest in the robust digital infrastructure needed for near-frictionless movement of goods and vehicles, as license plate scanning and “yes” or “no” questions aren’t enough. HGVs already, by EU law, have a base level of technology (tachographs) in the driver cabin. This is a huge opportunity for the UK to set a world leading example of customs management and vehicle-to-infrastructure communications. The foundations are there and ready. The technology exists, but the government must invest and consult with industry properly if it is to save our businesses and highstreet.”

The Road Haulage Association (RHA), meanwhile, said their meeting on Thursday with Gove had fallen “far short of our expectations”.

Responding to the worst-case scenario document, RHA chief executive Richard Burnett said: “We’ve been consistently warning the Government that there will be delays at ports but they’re just not engaging with industry on coming up with solutions.

“Traders need 50,000 more customs intermediaries to handle the mountain of new paperwork after transition but Government support to recruit and train those extra people is woefully inadequate.

“The answers to the questions that we raised in our letter to Mr Gove and subsequent roundtable meeting last Thursday still remain unanswered – and our concern continues to grow.”

A Government spokesman said: “With just 100 days to go until the end of the transition period it’s vital that businesses prepare now for new rules that will come into force at the end of the year, so that they can hit the ground running on January 1 2021 and seize new opportunities.

“As a responsible Government we continue to make extensive preparations for a wide range of scenarios, including the reasonable worst case.

“This is not a forecast or prediction of what will happen but rather a stretching scenario.”