Controversial plans which will see an “internal border” erected in Kent to filter access for goods vehicles to and from Europe, have sparked debate. 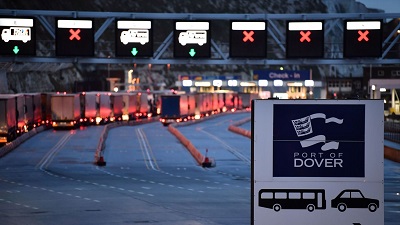 It comes after the government disclosed to the House of Commons special ‘Kent Access Permits’ permits will be needed to get into the county.

The scheme is being devised to help avoid queues of up to 7,000 trucks seeking to cross the English Channel after the UK leaves the single market and customs union at the end of the year.

Cabinet minister Michael Gove, the minister responsible for preparing the UK for leaving the EU’s economic structures, set out the measure as he outlined a “reasonable worst-case scenarios” that could emerge from January 1.

He told MPs: “The scenario builds on an estimate that only 50% to 70% of large businesses and just 20% to 40% of small and medium-size enterprises would be ready for the strict application of new EU requirements.

“In those circumstances that could mean between only 30% and 60% of laden HGVs would arrive at the border with the necessary formalities completed for the goods on board.

“They’d therefore be turned back by the French border authorities, clogging the Dover to Calais crossing.”

He added the queues of “up to 7,000 HGVs in Kent” were likely to “subside” after businesses saw their cargo denied entry to the continent.

“But it is clearly far better that everyone is aware now of what is needed to prepare rather than to face additional disruption next year,” the minister said.

It comes after a government survey suggested only a quarter of businesses are “fully ready” for the post-Brexit arrangements, according to Mr Gove.

Opposition frontbenchers argued more could have been done to prepare for the start of the new customs arrangements. 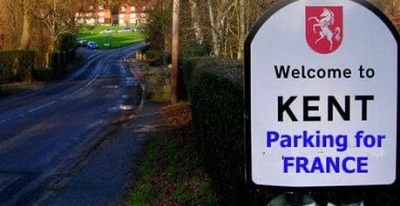 Shadow chancellor of the Duchy of Lancaster Rachel Reeves said: “It is incredible that ministers are only now admitting to their plans to arrest British truckers for entering Kent without new travel passports.

“With just over three months to go, how are businesses meant to prepare amid this Conservative carnival of incompetence?”

Kent Police pledged to keep the county moving in the event of traffic disruption and play its role when called upon.

Assistant chief constable Claire Nix said: “Kent Police participated in the consultation related to the Kent Access Permit and is continuing to engage with the Government and other partners within the Kent Resilience Forum on how it will be enforced.

John Richardson, Sales Manager at Fleetcover, comments: “This is another level of bureaucracy that is going to harm the domestic haulage industry and add extra costs to operations.

“Anyone who sends their trucks to London will need to comply with new DVS regulations by March 2021. In particular, the new rules around the installation of cameras is going to cause issues here because vehicles that do have cameras fitted already will need to upgrade to comply with the regulations, and those with no cameras fitted will be facing a very expensive transformation.

“The rules around cameras have been introduced with the intent to protect pedestrians and cyclists. The use of this footage can support a reduction across some HGV fleet insurance policies, however the cost of these cameras along with the extra costs associated with the Kent passport system means that it is unlikely haulage companies will even reap the benefits.

“These new rules are going to cause a huge number of haulage companies to be close to breaking point. As a result of increasing operational costs, haulage companies may have no other choice but to increase their own prices to customers or are simply going to exit the market.”