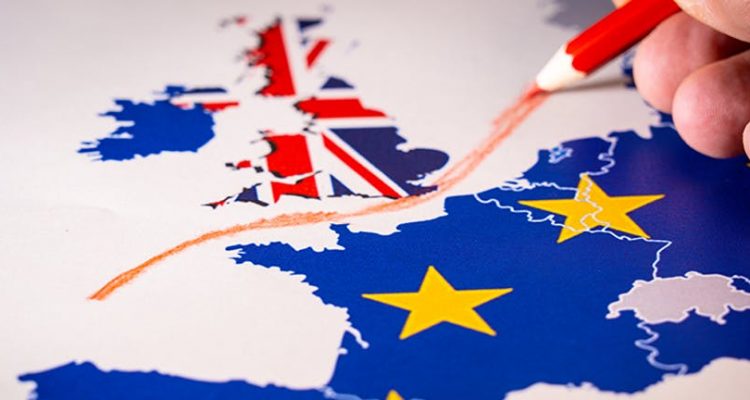 EU automotive leaders call to avoid a ‘no deal’ Brexit

With just over one month to go before the UK is due to leave the EU, the European automotive industry today made a united call for the UK and the EU to avoid a ‘no deal’ Brexit. The lead organisations representing vehicle and parts manufacturers across the EU, the European Automobile Manufacturers Association (ACEA) and European Association of Automotive Suppliers (CLEPA), as well as 21 national associations, including the Committee of French Automobile Manufacturers (CCFA), the German Association of the Automotive Industry (VDA), and the Society of Motor Manufacturers and Traders (SMMT), joined forces to stress the impact a ‘no deal’ Brexit would have on one of Europe’s most valuable economic assets.

The automotive industry is one of the EU’s biggest success stories and contributors to growth and wealth, producing 19.1 million vehicles a year and employing 13.8 million people across the wider sector – one in 16 of the EU’s workforce.1 Fundamental to this has been the deeply integrated nature of the industry, which has sought to maximise single market and customs union benefits to the advantage of businesses EU-wide. European industry chiefs today warned that the repercussions of ‘no deal’ to this vital sector will be severe. The UK’s departure from the EU without a deal would trigger a seismic shift in trading conditions, with billions of euros of tariffs threatening to impact consumer choice and affordability on both sides of the Channel. The end of barrier-free trade could bring harmful disruption to the industry’s just-in-time operating model, with the cost of just one minute of production stoppage in the UK alone amounting to €54,700 (£50,000).2 Meanwhile, WTO tariffs on cars and vans could add €5.7 billion (£5 billion) to the collective EU-UK auto trade bill,3 raising prices for customers if manufacturers cannot absorb the additional cost. Automotive manufacturers believe that such disruption and cost must be avoided, and that all effort should be made to deliver an orderly withdrawal of the UK from the EU.

Christian Peugeot, CCFA President, said, “Brexit is not just a British problem, we are all concerned in the European automotive industry, and even further. Be it as exporters to the UK market or producers locally, which we are both, we will inevitably be negatively affected.”

Bernhard Mattes, VDA President, said, “We regret Brexit. The United Kingdom is a fully integrated player in the value chain of the German Automotive Industry. More than 100 production facilities as well as research and development located in the UK prove our commitment to the UK-market as a number one market in the EU. In the view of the German automotive industry, therefore, everything has to be done to maintain the free movement of goods, of services, the freedom of capital and the freedom of movement for workers between the UK and the EU. At the same time, we acknowledge that the internal market and the cohesion of EU27 are a priority and a pre-condition.

“The EU and UK automotive industry need frictionless trade and would be harmed significantly by additional duties and administrative burden on automotive parts and vehicles. Consequently, the UK and the EU should undertake all necessary steps to avoid a ‘no deal’ Brexit.”

Mike Hawes, SMMT Chief Executive, said, “European Automotive is deeply integrated and the benefits of free and frictionless trade have helped our sector become one of Europe’s most valuable assets, delivering billions to economies and supporting millions of livelihoods across the EU. A ‘no deal’ Brexit would have an immediate and devastating impact on the industry, undermining competitiveness and causing irreversible and severe damage. UK and EU negotiators have a responsibility to work together to agree a deal or risk destroying this vital pillar of our economies.”

Erik Jonnaert, ACEA Secretary General, said, “Barrier-free trade is crucial for the continued success of the deeply integrated European auto industry, which operates some 230 assembly and production plants right across the EU. Brexit will have a significant negative impact on the automotive sector and a ‘no deal’ Brexit would greatly exacerbate those consequences, causing massive disruptions to an industry which is so vital to Europe’s economy. Even the repeated need to plan and implement contingency measures to deal with a disorderly Brexit is highly disruptive to our members. The European automobile industry therefore calls for all sides to rule out a ‘no deal’ scenario as soon as possible.”

Sigrid de Vries, CLEPA Secretary General, said, “The European automotive industry is operating highly integrated global supply chains. A single vehicle consists of around 30,000 parts many of which cross borders multiple times. Frictionless and tariff-free trade, as well as regulatory certainty, is vital. Brexit has a negative effect on all these aspects. Brexit, specifically a ‘no deal’ Brexit, will be seriously damaging to the supplier’s industry in Europe and the UK and must be avoided.”

European automotive is highly integrated, with supply chains that cross multiple countries. A ‘no deal’ Brexit would immediately result in the UK no longer being party to EU trade agreements and preferential arrangements with some 30 countries, including Turkey, South Africa, Canada, Japan and South Korea, and content from UK suppliers would no longer contribute to EU originating content for the purposes of rules of origin. This will potentially make it harder for European manufacturers to access the preferential terms of agreed EU trade deals. In addition, a ‘no deal’ Brexit would immediately make the EU market smaller, and potentially less attractive to international trade partners.

At this time of intense global competition and technological transformation, EU and UK automotive manufacturers need a Brexit outcome that maintains free and frictionless trade and allows them to continue to invest, produce and sell competitively, and that encourages cross-border technological collaboration. This will drive future innovation, benefitting consumers, societies and economies right across Europe. With so much at stake, it is in the interest of all parties to avoid a ‘no deal’ Brexit and deliver a managed withdrawal of the UK from the EU.

Mario Armero, ANFAC Executive Vice President, said, “Spain is mainly a net exporter of vehicles to the European Union. The Spanish automotive industry sells two-thirds of its production outside our frontiers. The United Kingdom is one of the main markets for these sales and, since Brexit was voted, exports have fallen exponentially. The establishment of tariffs and trade barriers worries us and harms the competitiveness of our factories and the development of our highly integrated supply chains. A ‘no deal’ Brexit will further worsen this trade and harm the entire production chain, in Spain and in Europe.”

Gianmarco Giorda, ANFIA Director, said, “The UK is the third destination market for parts and components for motor vehicles and the fourth for cars, therefore, it is relevant for the Italian industry, especially for component suppliers who represent an important interlocutor for the local manufacturers. The introduction of new customs tariffs, longstanding procedures and so higher prices could only have a devastating effect on the automotive industry, both for the Italian and for the British ones.”

Mattias Bergman, BIL Sweden Chief Executive, said, “Sweden and our automotive industry is a strong believer in free trade where a barrier-free market is crucial for the automotive industry to continue to contribute to society and economic growth within Europe. Brexit by itself is negative for the industry and a ‘no deal’ will add substantial risk and will have large negative impact on not only the industry, but the entire Europe.”

Claude Cham, FIEV President, said, “At a time when the global economy is slowing down with volume decrease in our industry; and our entire eco-system is focused on the major challenge with new mobility, the ‘no deal’ Brexit would bring significant loads without values, neither for the states nor for the citizens nor for industries. Common sense tells that global competitiveness is directly linked to the size of a market of which the United Kingdom in the EU is of prime importance. This is even more important for the United Kingdom itself, which would be de-facto relegated out of one the world’s largest markets. The ‘no deal’ Brexit will also directly affect Europe’s ability to respond to its own environmental challenges and its global leadership on the issue by weakening its domestic market irrigated by its strong internal market.”

Fredrik Sidahl, FKG Chief Executive, said, “The EU with the base foundation of peace has over the years become a true region of automotive industry. For Sweden as a part of EU and extremely dependent on export, EU is the main market. Among all the states in EU, the UK is one of our core individual markets for vehicles and components and we must, with all means avoid a hard Brexit both for Sweden but also for Europe. Automotive and the flow of parts and research programs are linked together, and a divorce between the UK and EU will dramatically change this for the worse.”

Luc Chatel, PFA President, said, “Brexit will have a huge impact on the whole automotive sector in France, on manufacturers as well as on suppliers. The impact will be direct in terms of tariffs, customs procedures, logistics, industrial localisation decisions, etc. And there will also be an indirect impact, as for all economic sectors, because of the foreseeable downturn in the European growth.”

Alfred Franke, SDCM President, said, “A ‘no deal’ Brexit plus troubling symptoms of a slowing world economy, global trade tensions between United States and China as well as challenges facing our industry could lead to serious downturn in European automotive industry – one of the most important industries in the EU. Therefore, every effort should be made to ensure that the UK’s exit from the European Union is preceded by an appropriate deal that will protect us from a potential catastrophe.”

The 23 Automotive Association signatories include:

1. Motor industry employees account for 6.1% of total EU employment. Source:www.acea.be/statistics/tag/category/key-figures
2. Delays to the arrival of components would cost gross value of £70 million a day based on five-day working week. This equals £50,000 a minute. Source: www.smmt.co.uk/wp-content/uploads/sites/2/2019-UK-AUTOMOTIVE-TRADE-REPORT.pdf
3. Tariffs – UK exports to EU27 on WTO terms: